Residents of Santa Cruz in Solomon Islands Temotu province are furious at the remarks by a provincial MP and former premier saying only outsiders were opposed to mining in the province.

This comes after Australian Bauxite miner Pacific Bauxite mining was granted a prospecting licence for the island which is also known to locals as Nende.

Father Brown Beu told RNZ International yesterday that the granting of a prospecting licence was in the best interests of the province and only outsiders and foreigners were opposed to it.

However a spokesperson for people on the island, Sir John Ini Lapli, who is also a former governor general of Solomon Islands says the majority of the community is opposed to any mining activity on the island. 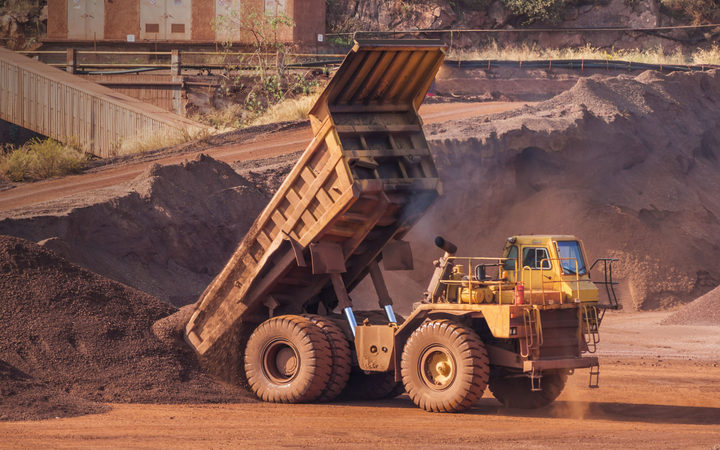 SIR JOHN INI LAPLI: No that is completely wrong and what he is saying is really trying to make an excuse and block people's position up. I mean he is speaking as a privileged person, he is really was the main person who was inviting this company in the first place when he was premier. So he is sort of making an excuse trying to block people's express opinions.

KOROI HAWKINS: Now he has also said they have considered the environmental impacts the social impacts and they feel it is a good investment do you think they have done any of that work?

SJIL: None of that has ever been done.

KH: Now the reason they are wanting this is Temotu and Lata and Santa Cruz are quite remote, they are quite far from the capital they have always had issues with revenue. Always had issues with development they are trying to bring development that is what they are saying and they are saying it is going to be good for people but what is the argument of the community who are opposing this or people who are opposing this?

SJIL: Well people's minds are open, they know this is only a tiny island and if there are things like logging comes and mining, it is not a big island. It is really their fertile arable land for farming, for long-term survival that is being, that are that is being proposed for this mining. So that is why they disagree because they know that there are other sustainable things.

KH:Now what about the ownership of the land is this customary land that we are talking about or government owned free hold land?

SJIL: These pieces of land are 100 percent customary owned.

KH: And so where does the provincial government then come in and being able to offer prospecting licences for customary land if customary landowners aren't in agreement.

SJIL: Well it was to do with the upper level of government and the ministry of mines you know once they come through there and they make way through the officers saying okay, they come this far and the provincial government says yes then they use that upper hand in terms of the law to assess because you know they said in this law that certain feet below the ground it is not people's land it is government's so that is where the government is sort of proceeding with this.

KH: So six feet is it six feet below, after the topsoil of six feet all minerals below the ground belong to the government, is that the law?

SJIL: Yes this is where they are playing the people.

KH: And so they still, but they still need some customary landowners to gain access to that deposit below because they need to go through the topsoil obviously.

SJIL: Yes and this is what they did. They came with some agent unknown they didn't come through the procedure and so they were able to pay some people to sign accepting this proposal they signed up and that is how they locked these landowners.

KH: And so now what are people prepared to do what are people calling for? I understand that there has been some roadblocks being set up to different areas trying to stop these the few, the handful of mining representatives that are in Lata at the moment from visiting people is that right?

SJIL: Yes because the great majority of people do not want this but just a few that is people that are working with and there is a real possibility for clashes between the landowners, tribal groups, even between relatives themselves.

SJIL: Yes I think so if the government is not clear cut about how to deal with this.