The independent East West Centre based in Hawai'i may look to getting extra funding from countries in Asia after proposed budget cuts under the Trump administration.

The centre's stated aim is to promote better relations and understanding among the people and nations of the U.S., Asia and the Pacific.

But from the end of September, it will lose all of its 16 point 7 million dollars in government money, although the hope is funding of some sort  maybe restored when the budget for the next financial year gets discussed..

At present the East West Centre gets a total  of about 39 million dollars made up of the government funding, fourteen and a half million from contracts and grants and seven point six miliion dollars from donations and other sources.

The East West Centre's President Richard  Vuylsteke told  Philippa Tolley who has been at the Centre on a Jefferson Fellowship, the funding cuts, if they weren't changed, would have a serious effect on the organisations operations. 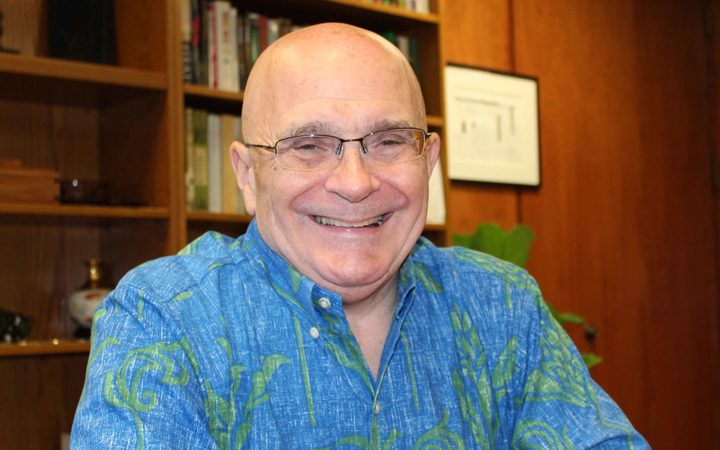 RICHARD VUYLSTEKE: The president suggests in his budget, but the congress already decides. it's conceivable that the president could get...  assuming that this skinny budget wasn't just a shot across the bow to see what happens, you know people shape up a bit. It could go to zero. But I think it's unlikely. But we're not going to take it from granted. I think the good thing about the president's approach has been that every institution in the States really has been challenged by the early pronouncements. And in some ways I think it's pretty healthy because if it's same-old, same-old for decade after decade, it's like your muscles get flacid. This kind of frontal attack, it may be part of his idea. A frontal attack makes every institution - East West Centre's one of them - re-think its principles, re-think its processes, re-think its priorities. And I think that's healthy. You kind of do that with planning and so forth. We've got that kind of direct approach. It's certainly galvanised a lot of organisations to look at that. And I think by doing so, we're recommitted to our basic mission. What we do today is different from 1960 or 1970 as far as specific programmes are concerned, and our content. Times have changed but the basic framework is there.

PHILIPPA TOLLEY: So the East West Centre has been a fantastic resource for the Pacific when it comes to... so many leaders have passed through here, people come here for course to upskill, it provides a framework for so many people in the region. If you did lose that funding, or some of that funding, or you're having to re-think philosophies or principles, could it have an impact for those who that have been used to be able to gain such intense knowledge and networking from the East West Centre?

RV: The immediate impact would be we'd have to downsize overall our structure because of being unable to afford the number of people we have now. But I think even that process, we have certain struts that give our organisation institutional integrity. Student programmes have been going on for a long time. The journalism programme, professional development, leadership training, development kind of things.. our Pacific Islands programme. Outreach in the arts and also in Washington, those are things that are really core to the institution. I think it's possible to keep all those things going on a much, much smaller budget, but it'd be less aggressive as fas as number of people engaged in that. But... it would sort of kind of be a... as it shrinks, almost a yin-yang kind of thing where the yin part, the negative part, is your shrinking, but as you reallocate resources that are left, if you know where to put them on the basic struts that I mentioned, then they will strengthen in some respects. So it'd be a kind of growth and shrinkage at the same time, which I think would position us in good stead two ways: one, it's an institution that people recognise, not just in name only, the basics are still there; and secondly, it's easy to scale it back up. And I think what we're looking at of course, is when the centre was put together 57 years ago, a lot of the money came from the United States. And now of course, Asian countries are a lot wealthier, and I think the resources there on the private and foundation and government side, may help, may step up to the challenge and help us go through tough times. I'd like to think that anyway, because the decades of dedication to the region, maybe it's time for more of that to (indecipherable) down than we have received already.

PT: So there's no chance that the East West Centre would close?

RV: Not on my watch. I think there's always a way to find... the good thing is that our basic physical plant, with the current way it operates, the dormitories and our conference centre, are pretty much self-supporting. And in some respects, with a little bit of tweaking, we can probably generate a little more income for those facilities. So the real challenge is the programmatic side, the research and programmes we run that require contracts and grants to do, or federal money to do, that is really important to the region. We have contracts and grants of twelve federal agencies, including NOA for example which does all this great stuff on the impact of changes of climate to Pacific Islands under high tides and more or less rain, resulting forest fires or heavy run-off into streams which fouls up offshore fishing, all kinds of things going on. And island southeast Asia as well as the Pacific, it's a long way from Washington, but we've paid a lot of attention to that for a long time. Disaster-preparedness is another dimension of that. So I'm hoping that common sense will really just... they're saying cut all that science and technology and education off at the knees and hope that things will just muddle along on their own I think is probably unrealistic. So I have great confidence in the congress to help make that case. We'll do our best. the people we bring here will have a voice. But also I think diversification of funding to more governments and other organisations, Asia and Pacific based, besides from the US, is also a very healthy thing to do.