A shortage of Samoan cocoa due to a drought is impacting on prices and exports.

As a result, many Samoans say it is too expensive to buy at the moment. 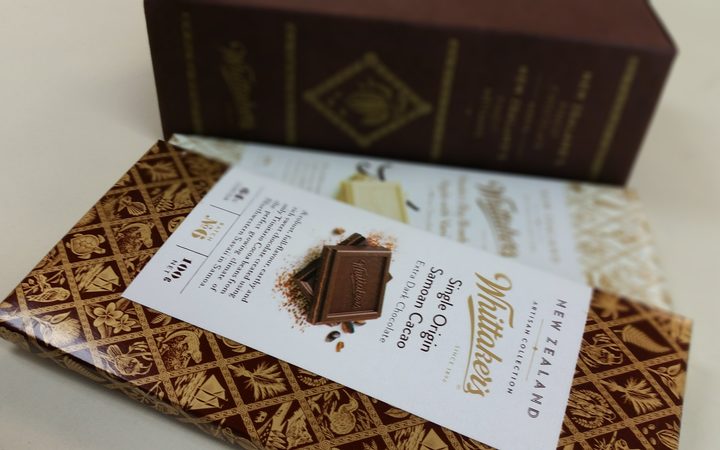 Domestically the price of a cocoa block is selling for almost triple the price than two years ago, in some cases up to 15 Samoan tala or close to US$6.

The shortage of original Samoan cocoa is impacting on the marketing of a popular New Zealand brand of chocolate.

Whittakers spokesperson Matt Whittaker, says while they have enough at the moment, the company is not heavily promoting their koko Samoa product right now.

"I think firstly typically the koko samoa prices do fluctuate from crop to crop, and depending on supply and demand of the bean that goes into making the koko Samoa. But generally speaking the drought in 2016 has affected our supply of cocoa from Samoa, as it has affected everyone in Samoa and the koko industry. "

Matt Whittaker says the company is assisting with a koko samoa pilot programme aimed at improving plantation techniques, building nurseries and ensuring the drying of beans results in a sustainable product and improved quality.

The Samoan cocoa plantation that Whittakers works with on Savaii island is the Vaai Koko Samoa family farm, which employs about 30 men.

"My cousin Saleimoa has been dealing with Whittakers and I guess they have managed to work out some sort of pricing system that's driving the price up, especially if we meet the standards the Whittakers demands for their chocolate."

He says the amount of cocoa needed for export is also hard to supply when there is a drought, so a collective approach would work much better.

"We've taken steps to forming an association, especially on this part of the island, called the Tuasau Koko Association . So we've started to address those issues, especially collecting all the smaller farmers into one association or co-operative that we can try to pull everybody together to meet the supply that the markets from overseas demand."

Kolone Va'ai says he'd like to see more locals start up their own cocoa farms.

He says while it is a lucrative product it is not easy to grow, cultivate and process.

Auckland's new Kai Pasifika restaurant owner Robert Oliver says he got in early with his order.

"It hasn't affected me yet because I'm getting my Koko Samoa from Women in Business Development in Samoa and four months ago I gave notice that I did need a lot, and so I am going on that supply but they did say that the reason was to stock up,  as they did see the shortage coming up."

He also says his umu pork dish with Koko Samoa is a big hit.

"People think of koko and they think of chocolate but actually there's spices and peppery flavours and coffee flavours and bitter flavours that are really pleasing counter points to all the richness of all the other flavour going on with the dish so that is one of the dishes where we use a lot of Koko Samoa and it is our best selling dish by the way."

Mr Oliver says they also use it in desserts for their bread pudding dish and on a pavlova with mango and pawpaw.