A coalition of Pacific Island nations has called on the African, Caribbean and Pacific group of states to back West Papuan self-determination.

Vanuatu, Solomon Islands, Tonga, Tuvalu, Nauru, Palau and the Marshall Islands gave a joint statement at the group's Council of Ministers in Brussels.

Johnny Blades has been following developments. 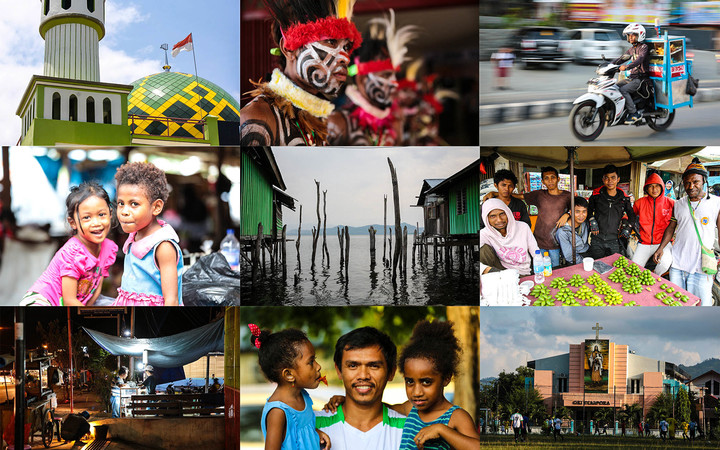 JOHNNY BLADES: In Brussels the other day, this  African, Caribbean and Pacific bloc heard from a Vanuatu government MP who was representing this Pacific coalition of seven countries which also is a network of NGO, civil society and church groups as well, who are saying that the world community has to act now on human rights abuses in Papua, but specifically to push Indonesia to have a legitimate self-determination process for the West Papuans, because questions about the legitimacy of the self-determination process by which Papua was incorporated into Indonesia back in the 1960s, questions over that are really gaining momentum at the moment. This follows on from the Coalition's two recent representations at the UN level on Papua: that is, last September at the UN General Assembly, and then in March at the UN Human Rights Council in Geneva.

BEN ROBINSON-DRAWBRIDGE: So how did the other countries in this group react to this call from their Pacific members?

JB: The Caribbean and African countries were signalling strong support for this, to have a resolution urging a proper self-determination process for the Papuans. But the Papua New Guinea ambassador at the meeting in Brussels spoke out against it. He actually said that the group shouldn;t push too hard at this. He suggested that a fact-finding mission to Papua is necessary for the African, Caribbean and Pacific group to conduct first in order to get a clearer picture of the situation. Remember PNG of course is right next door to West Papua and its proximity to this huge Asian country is a point of great sensitivity.

BRD: Have other Pacific groups like the Melanesian Spearhead Group or even the Pacific Forum, have they made similar representations on West Papua?

JB: They have attempted to, really. This issue has been brought up at both of those bodies many years ago, and particularly for the Melanesian Spearhead Group it was a huge issue because Melanesians in these countries feel strongly about West Papuan self-determination. It's just that their leadership have not been able to find a unified position on it. And for instance since Indonesia has come in to the MSG as an observer and now an associate member, this issue has not advanced. So they haven't been able to take it up at UN or ACP levels. And it's much the same with the Forum: there's not a unified stance on it. So the group of seven Pacific countries here who took up the issue in Brussels have really just thought 'we'll go ahead and do what we have to on our own' because the Forum and the MSG, they seem to be saying, have failed on the West Papua issue.

BRD: Do any of the other countries in this (ACP) group, do they have significant political clout to be able to make a difference on this issue?

JB: They aren't powerhouses on the world stage, most of these countries. But I think if there was to be this bloc of 79 countries suddenly taking it up at the UN General Assembly, that is significant in itself, and it would really add to the international pressure on Jakarta to maybe look for a new kind of solution to this simmering discontent in Papua.