Voters in the French Pacific are joining this weekend's election of a new French president.

The favourite to win is Emmanuel Macron who in the first round two weeks ago had his worst score of any electorate in New Caledonia.

His rival Marine Le Pen also had no support among the established parties except in French Polynesia where the veteran leader Gaston Flosse and his Tahoeraa Huiraatira Party backed her from the outset.

Johnny Blades asked news editor Walter Zweifel why this was the case. 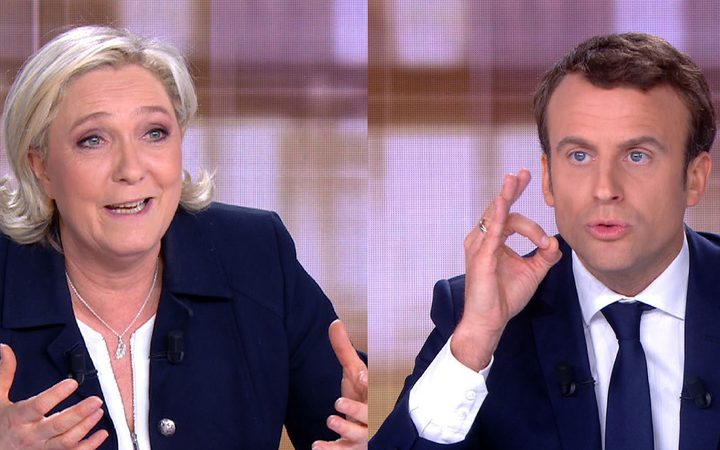 WZ: Politics in the overseas territories are often an extension of politics in France. However, with local politicians being tied to the French establishment, the demise of the traditional parties in the first round in France was not reflected in the French Pacific.
In French Polynesia, Francois Fillon of the Republicans came first in the first round and his result in Tahiti happened to be the best anywhere in France. This was after the ruling party in Tahiti had called for voters to support him. The pro-independence opposition called for a boycott, and sure enough, more than 61 percent of voters abstained.

JB: And in New Caledonia, how did the Macron/Le Pen rivalry play out?

WZ: Again there was a boycott call by a couple of pro-independence parties which traditionally tend to vote left. But in predominantly Kanak areas, the Socialist candidate did really well. Overall the winner was Francois Fillon - again because the dominant parties called for him to be supported. But because of the nepotism claims against Mr Fillon, the right vote also went to Ms Le Pen. There was no traction for the Macron campaign in New Caledonia where he had his lowest score.

JB: With Mr Fillon out of the race, where are the votes going to go?

WZ: In New Caledonia, there is a split within the centre-right now, with some backing Mr Macron after all because they want to block Ms Le Pen, who is seen as too far to the right. This is in a way counterintuitive because Mr Macron had been a minister in the Socialist government. And in New Caledonia, the centre right has little time for the Socialists. The strong advocacy of Ms Le Pen for New Caledonia to stay French though favours her, and one prediction goes as far as saying that she will get her highest score this weekend in New Caledonia. This is of course tied to a boycott by some of the pro-independence party.

JB: If Mr Macron wins, what can the territories expect?

WZ: New Caledonia is on track for an independence referendum next year and a Macron presidency appears to give greater certainty that it will go ahead. Some in New Caledonia fear a Le Pen presidency could scuttle it. It may be that New Caledonia's most crucial decisions will be made under a leader who is the least popular in New Caledonia. While Mr Macron has talked of substantial cuts to the French public service he has told French Polynesia that he won't tamper with the wage indexation that gives French officials in Tahiti double of the French pay.