The Commonwealth Parliamentary Association secretary-general says participation of young people is critical for the sustainability of democracy in the Pacific.

Akbar Khan has recently been in Fiji where he was updated about parliamentary outreach programmes which he says are helping to build a culture of young people who know about civics and the role of parliament.

Mr Khan spoke about embedding a democratic culture in the Pacific to Johnny Blades who began by asking him how he felt about the current state of democracy in the region. 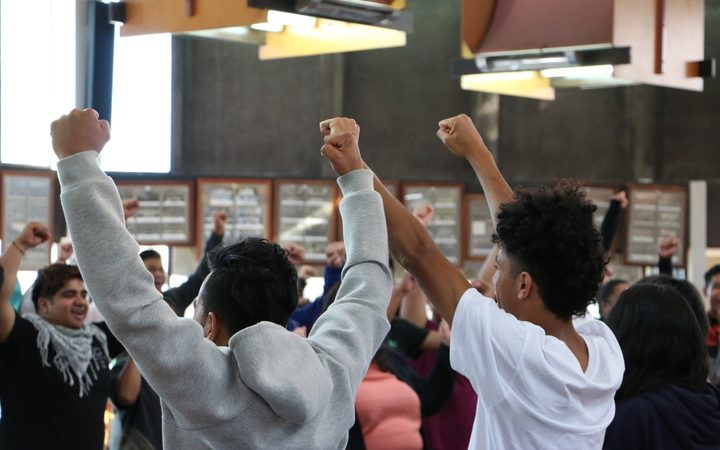 AKBAR KHAN: The picture's mixed. And it is a slow and sometimes very difficult process. Every nation has had bumps along the way, and institutions and organisations like the Commonwealth and other parliaments within our community of parliaments are there to help and nuture other parliametarians and countries to keep them on track.

JOHNNY BLADES: You've just been to Fiji. How do you think they're going, because that (parliamentary democracy) is also a work in progress. The first parliament term post their first democratic election since the takeover in 2006. How do you feel?

AK: Well it was my first visit to FIji since the restoration of democracy and, again, I think Fiji's a good example: there are bumps in the road. Pakistan is another example. But in the Pacific Fiji is clearly an example of restoration of democracy. I had very long and detailed conversations with parliamentarians and the honourable speaker. And I think they're making some real efforts to engage people, the outreach programmes are excellent, and also to build a culture of democracy. So there are considerable efforts around embedding the importance of civics in children and at school level; and bringing the importance of governance in terms of the role of parliament into the school curricula. And I think these are all very important steps to build that culture and sustain democracy. So I would say the right things are being done at the right level both in terms of building a culture of young people who know what democracy is about, but like everything people want to see what are the benefits of democracy. And those benefits are of course stability, prosperity, education, healthcare, all of the things Sir Don (McKinnon) talked about (in the Commonwealth Parliamentary Association lecture series). As a father I also ask myself, I want for my child at least what I have, if not more. And I think the test for citizens engaging in a democracy is to look whether democracy has actually benefitted themselves. So it has been a short time in Fiji since the constitution has been restored and civilian rule has been restored. But I am optimistic that they're on the right path, and I look forward to the embedding of a democratic culture in Fiji.

JB: You are involved with trying to encourage more youth participation in parliamentary procedure. How's that going in the Pacific, do you think?

AK: Well, I'm glad you raised that, because I'm a big believer that politics being the daily life of the people is for all the people. It's not just about people when they reach the age of being able to vote. We embed that culture by starting young, we create an environment where young people feel that they want to influence and can influence the societies in which they live. And so we have, the CPA, started a new programme engaging youth which is a "roadshow" connecting parliamentarians back into their schools and colleges and universities to have discussions around the importance of the Commonwealth, what it means to young people today, but also what the values mean and how you live those values of democracy, gender equality, rule of law, respect for human rights, and to have those discussions with young people. You often hear, often in the media and I'd have to say in other quarters, that young people are disengaged from political life. And I would say, quite to the contrary, where you spend time with young people, you engage with young people, they have views. And it's very important to listen to those views and to channel those views within our democratic processes, or else we will lose them. I look at democracy as an ongoing process. So yes we have our leaders today and we may have very well-functioning democracies, but where are the next generation to carry the baton of democracy? Where is the next generation of leaders? They are our young people. And we have to spent time nurturing those young people. So the roadshow, since it was launched in April 2016 by the chairperson of the Commonwealth Parliamentary Association, Dr Shirin Chaudhury, who is the honourable speaker of the parliament of Bangladesh, we have spoken to over 8,000 young people from the age of eight upwards to university level. And I have to say it has been a most humbling and very rewarding activity to go out into schools. We have learnt, I have learnt, our parliamentarians have learnt from young people as to what matters to them. And I think it has been a hugely enriching two-way process for young people to both speak to their local parliamentarians and for local parliamentarians to feel and engage with their young people in their communities.

JB: What does matter most to these young people?

AK: In different parts of our regions you hear different concerns. In the Carribean for example I've been engaged with roadshows and some of the young people there talk about the appropriateness of their higher education in order to equip them with the necessary skills in the 21st century. In other parts of the world we hear about young people concerned about the use of force, issues around LGBTI for example, the inequalities in society as well as climate change. And again I underscore that point that these are sometimes very young children who are asking parliamentarians what are you doing to save the world, what are you doing to make sure that we have a planet which would endure for the next generation? And these are on the minds of young children, sometimes 15 and 16-year-olds.