Press freedom still a challenge in the Pacific

Many journalists in the Pacific region say they still face barriers to their ability to report fairly and accurately.

Various functions have marked this week's World Press Freedom Day with the main event run by UNESCO in Jakarta.

For many media practitioners, it's still a huge challenge as Sara Vui-Talitu reports. 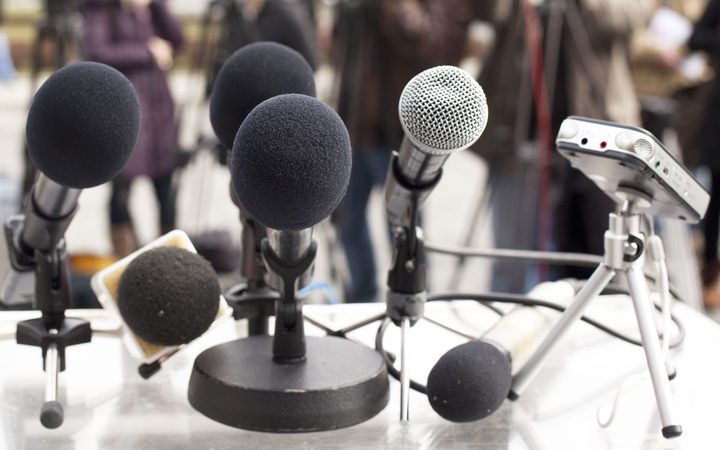 A Tongan media publisher and editor, Kalafi Moala, says that journalists are now in fear of doing their jobs after the Prime Minister 'Akilisi Pohiva sacking the Tonga Broadcasting Commission leadership.

The Taimi o Tonga's Kalafi Moala says he had a special media panel organised for his show, but no one turned up.

"It's affecting press freedom, its bringing a culture of fear upon other journalists and media organisations and it is really bad that here we are today the world is commemorating World Press Freedom day and we are having some huge problems here in Tonga."

Kalafi Moala says it is a very low point for journalists working in Tonga.

He said he was jailed back in 1996 with Akilisi Pohiva for contempt of parliament for publishing something they weren't supposed to, but now Mr Pohiva's perception seems to be that media should always support him and his initiatives,  rather than asking too many hard questions.

In Auckland, a human rights peace advocate says more needs to be done to stop threats and violence against journalists in West Papua.

She says there was this recent assault on journalist Yance Wenda  and ongoing abuses of media freedom just can't be ignored.

"There seems to be grave abuses of press freedom. I read just a couple of days ago about a rather serious physical assault on a young journalist in Jubi. I've seen pictures of him on the internet as he was actually beaten by a rat hand cane and sustained injuries to his body, his mouth and to his eyes, even though he was carrying a perfectly legitimate letter from his employer to say that he was a proper journalist."

Fiji political activist and community media professional, Sharon Bhagwan-Rolls says Fiji has had its challenges with media freedom, and she'd like to see more diversity and inclusion of community media coverage.

"It's really important the media is representing of diversity and plurality of opinions and to be part of a peace building approach."

"I think it is important that we continue to record incidences and continue to speak out as things could be a lot worse if the media didn't still do a good job of reporting on all these cases."