Trade advisor confident of value in PACER Plus

An advisor to the Pacific through the negotiations on the PACER Plus trade deal says he thinks it will be bring significant benefits for the island countries.

But Dr Edwini Kessie, who has now retired from his role as the Chief Trade Advisor, says New Zealand and Australia must maintain their commitment to help the smaller nations develop their economies.

PACER Plus has been agreed to and will be signed in Tonga next month.

There has been some criticism of the deal, with claims that it favours New Zealand and Australia to the detriment of the island nations but Dr Kessie told Don Wiseman he rejects that. 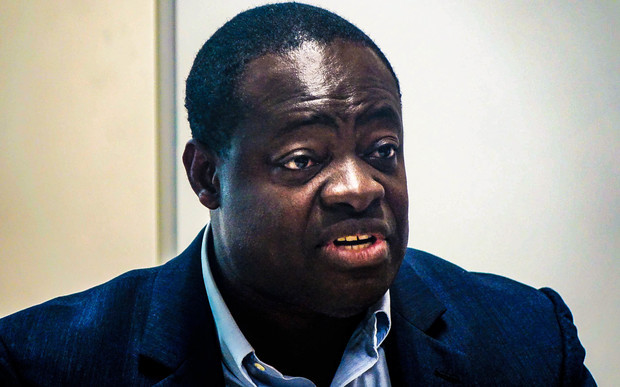 EDWINI KESSIE:Clearly the Pacific Island Countries if their objectives have not been met they would not have concluded the negotiations. In the area of labour mobility it is true that the parties agreed on an arrangement but I think we can be sure that Australia and New Zealand will not reneg on that and I think that Australia and New Zealand will also provide them with the development assistance that they will need to restructure there economies.

DON WISEMAN: Yes but they haven't got access to Australia for key tropical fruits have they?

DW: Well they are providing some money, they are not providing a lot of money in terms of setting up the equipment that is necessary to ensure that the fruit meet the exacting standards that Australia has set, In a lot of ways it is another form of keeping it out isn't it?

DW: Lets go ten years down the line, how do you think it would look in terms of trading across the Pacific? New Zealand and Australia - already there is a huge imbalance. What do you think this picture is going to be like in ten years time?

EK: Well I think it would be very difficult to - I don't have a crystal ball, but I think [it] very much depends, like I said, if Australia and New Zealand actually deliver on what they have promised, we will be looking at somewhere around 300 million dollars a year to help the countries with aid for trade initiatives. If Australia and New Zealand were to deliver on that then I think there would be a substantive difference in terms of the participation of the Pacific Islands countries. So it very much depends on the implementation of the agreement. Concluding the agreement is one thing but implementing the agreement is one thing. And we do hope that Australia and New Zealand would actually help the countries and the countries themselves would also adopt the right policies at the domestic level so as to enable them to take advantage of the trade agreement. But I should think that in ten years we should see much more increased trade and there would be increased investment into the Pacific Island countries and they would be able to use trade as an engine of economic growth and of sustainable development,

EK: It is true that the agreement would have to comply with WTO rules but certainly PACER Plus went beyond the WTO. For example WTO does not have rules on investment, WTO does not have rules on regional labour mobility like we do. Also we do have a chapter on development assistance which the WTO agreement doesn't have. So PACER Plus actually goes beyond the WTO but fundamentally being a free-trade agreement the agreement has to comply with WTO rules in terms of the liberalisation which is undertaken by the parties. So it is more WTO Plus to the extent that the agreement covers areas that WTO currently doesn't have the disciplines and I must also underscore that WTO rules have been tested and it has been proven that countries which are open to trade and investment overall have done better than countries with closed economies. And so notwithstanding the fact that eight of our countries are not WTO members we have Fiji, Papua New Guinea, Solomon Islands, Samoa, Tonga and Vanuatu as WTO members but most of the countries which are not even WTO members they are generally open. Most of the Pacific Island countries are generally open to trade and investment,

DW: You mention Fiji and PNG and of course they are not in the deal. Do you think they will eventually be there?

EK: It is very hard, I mean in the case of Fiji it is very unfortunate because the Minister of Trade of Fiji only wrote to us two days before the meeting, asking for a postponement, They had known about the meeting for a long time they didn't do anything and two days before we get a letter that oh if you could postpone. When travel arrangements had already been finalised. So nobody kept out Fiji but they have since come out to say that their intention was not to withdraw. So hopefully they would be able to accede to the agreement if that is the wish of the government. Papua New Guinea we hope, that maybe with time, they would realise that the agreement actually has many flexibilities for developing countries such as Papua New Guinea that will make them want to sign because obviously if we have an agreement which comprises Fiji and PNG then the whole region would be better off and so hopefully I do hope that maybe those two countries will maybe come on board with time.