World Vision is calling on the Australian government to re-assert the role of aid in its upcoming 10 year foreign policy strategy.

The call comes after new aid data released by the OECD this week showed Australia slipping from 16th to 17th among the 29 wealthy OECD nations that provide aid.

At 0.22 percent of national income Australia's international aid budget is the lowest it has ever been in its history.

But World Vision Australia's chief advocate Tim Costello told Koroi Hawkins the upcoming whitepaper on foreign policy was a once in a generation opportunity to change that. 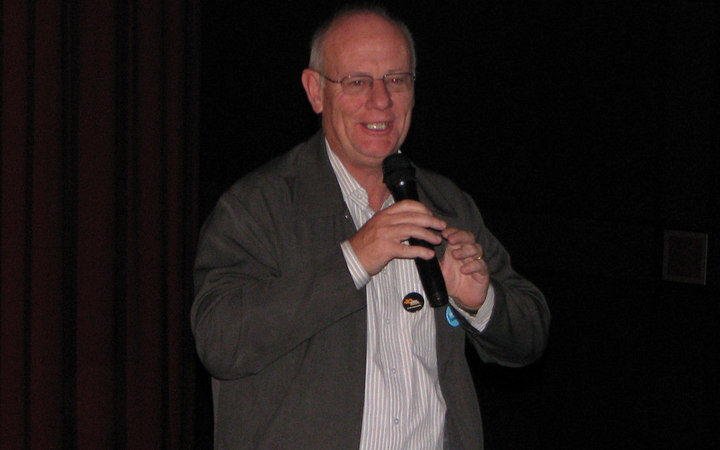 TIM COSTELLO: So it's the first time in 13 years that we've had an Australian foreign policy-wide paper and it sets our policies for the next ten years. And the three Ds are the really constituent cause of a white paper - so defence, and we do have the largest Muslim nation an hours flight from us, which probably comes to mind more than Kiwis would ever understand because of where you are geographically. The second is diplomacy - soft power. And the third is development. And defence, of course, is a big tick increasing defence budget it's at 2 percent of the budget so defence is getting all the budget it wants Donald Trump would be pleased with us. Aid or development has been smashed. And, as I say, you yet may have to bomb Isis with real bombs. Australia is in Iraq and Syria with our defence capacity. But if you aren't bombing with development, giving people who are in camps, refugees hope, which is what you're really doing when you smash aid then that D is just savagely undercut. So we think aid and development in the white paper may actually re-focus our minds from inward feeling we're victims to outward and saying we live in a world which is water bed that you press down in one place, it comes up here. We've got to think about that.

KOROI HAWKINS: Now, the Pacific has been largely sheltered from the cuts to Australian aid, but there has been a shift in focus hasn't there? Not just quantity being cut, but also a shift from development or into livelihood enriching focus to trade and a private sector sort of focus.

TC: Yeah, and look, I don't want to be too critical about this. But there's always a big talk about business and their skills, creating jobs and moving into the Pacific. It often doesn't achieve much. The truth is that in the Pacific, the small populations, very far distances - it's very hard to build business models that are efficient like in Asia - [where] there are hundreds of millions of people close together. So there's always a great game talked of trade and bringing the private sector in and is rarely amounts to much. I just have to be honest. It's not that we shouldn't try, but it rarely amounts to much and if it's sublimating women's right and livelihoods and a lot of traditional development areas, it's a mistake.

KH: Now, do you think there is any hope that your views - World Vision's views will be taken on board?

TC: While I'm alive, there's always hope. I'm trying to keep hope alive. It's difficult because the ill-winds blowing globally, re-tribalising the world. Turning us inwards is so strong here in Australia - we have of course, people like Pauline Hanson and many others in our parliament saying "cut all aid, just look after ourselves and while there are homeless in Australia we shouldn't spend a cent outside". I say to those politicians: this is dumb. As an export nation 40 percent of our gross national income comes from gross export and trade and tomorrow's aid recipients will become our trading partners, particularly in Asia and elsewhere. It's mean, it's just mean. They always want to set the poor here off domestically against the poor overseas and cut the poor overseas. We never set the poor off and the homeless here against 'fabulous' superannuation and tax concessions for the richest, or 'fabulous' funding for Australia's participation in sport, in Commonwealth Games and Olympic Games and the possibility of gold medals. We set the poor off against the poor. We actually have to have capacity to do both. So I'm still optimistic - I think most Australians know that if you think about it for a minute, if you cut development in a world that's a waterbed - refugees, losing hope will come here. That cutting development deals with climate change, which means you can't put up the drawbridge in Australia. You can't even deal with global epidemics, or global financial crisis with a pull up the drawbridge mentality or turning inwards or re-tribalising. So that's the hope that I have that the white paper will actually realise this.