Hopes for more political debate as election nears in Niue

A local youth advocate and broadcaster in Niue Ina Vakaafi is hoping a new local talkback show will spark public debate and interest in the upcoming election.

Niueans go to the polls in May to elect 20 assembly members, 14 of them village representatives and six elected on a common roll.

Some of the seats traditionally go uncontested.

Ina Vakaafi told Sally Round it's hoped more women and young people will stand this time. 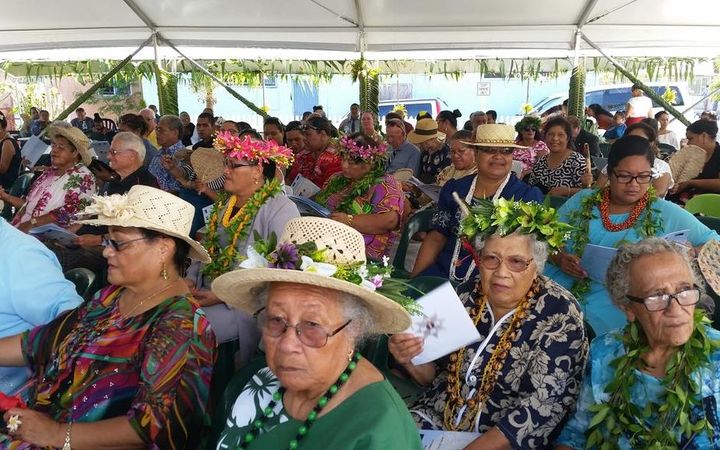 INA VAKAAFI: Everyone is focussed on the six common roll seats that we all get to vote for. The villages they select their members and often there have been some members who have been there for quite a long time. As part of a democractic society it would be good if people went and put their names forward and give us some options.

SALLY ROUND: Are there many young people do you think that are anticipating running?

IV: I have heard that there are some young people that have heard or are considering running, or are thinking about it. But no one has come out and said okay I am going to be the youth representative like last time. I would love to see more young people but often it comes down to how well grounded you are in your community. You need to do your community work you need to serve your people. You can't just wake up one day and say I am going to run. Because the way that people vote there is community votes. If there is a particular common roll member from a particular village of course that village will be behind that particular candidate. If you are from a quite prominent family the bigger the family you have the more support you will get. So sometimes the ideals of democracy doesn't really translate into the way people vote. So you have to really gauge if you go back and look at the results from the previous two elections. And you can tell okay, Alofi South is the largest constituency. Have you done enough in that community. Are you going to go and campaign or are you going to let your actions speak for themselves.

SR: You are going to be having talkback aren't you before the election. Are you hoping that people are really going to get involved?

IV: We are always hopeful. You know there is a lot of. A lot of the discussions about the pending elections it is good to go and sit in some of these you know the women's groups when they are weaving they are not just there to weave they are probably talking about, ' did you hear that this person is putting their name forward, what do you think?'. Looking at the number of voters you would think that because there are more women. That we would have more women voting for women to get into parliament. Like what they did back in Lady Rex's day where the council of women were actually the driving force behind getting a number of women into parliament that particular year. At the moment it is more individuals putting there name forward and they really need to campaign. Some people have already started campaigning. And time will tell. We are going to have talk back and we are going to start analysing Niuean politics from different perspectives. And people can call in and tell us what they think. Because everyone knows everyone and they know your voice. Maybe if we keep track of the discussions on social media that is another good indicator.