The Fiji Farmers Union has accused the Fiji Sugar Corporation of cannabilising a mill in Rakiraki in order to force its shutdown.

The corporation last week announced the Penang Mill, which was badly damaged by Cyclone Winson last year, will close as it would be too expensive to refurbish.

That came to the dismay of Rakiraki businesses and cane farmers, who say the mill's closure will devastate the town and wider Ra district. 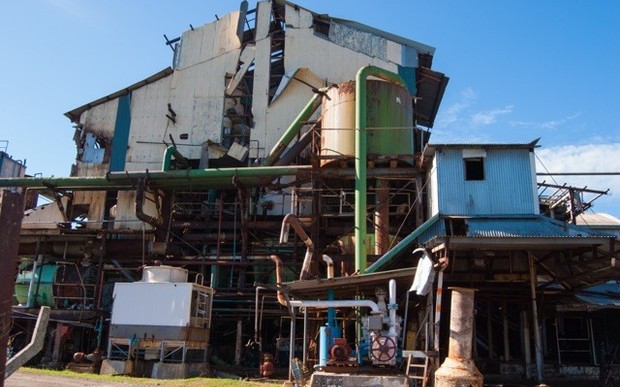 MAHENDRA CHAUDHRY: It will be disastrous for the farmers and also for the Ra area generally because the mill contributed a lot to Ra's economy and it provided employment for 300 people and of course there was a lot of other activity associated with the milling operations which will all now all be gone. So it is going to affect the town in a bad way in terms of businesses and also it will discourage the farmers there from increasing the cane production because they certainly do no like the idea of transporting the cane some 50 to 60 kilometres to Ba and this will have a detrimental effect on the sugar cane industry in the Ra district.

JAMIE TAHANA: Why are they reluctant to send that cane an extra 50-60 kilometres?

MC: Well there are a number of reasons, systems, transportation of course here is not all that well equipped and they are many of the lorries which carry cane these are owned by the farmers themselves. They are old lorries and I think they are not mechanically fit to carry 10 to 12 tonnes of cane long distances. But aside from that no definite plan has yet been given to the farmers outlining how exactly this cane will be transported. The Fiji sugar corporations says that they are working out the logistics of the whole operation and they plan to bring in big lorries into the farms to take cane away directly from the farms. Now big lorries entering the farm will cause a lot of damage to the farm itself. Farmers don't like that people simply would not like to be inconvenienced in anyway by taking the cane long distances. And the major reason was Ba mill's record has not been very good in terms of operational efficiency. It's breakdown record is pretty bad and the farmers who carry the cane long distances go and get stuck there and it could sometimes mean that they are stuck there for two to three days. There was no need to shut the mill down of course they could have repaired it had they not cannibilised the mill after the cyclone the mill could have been repaired for about five million dollars. But I think this was done deliberately because there was a long time plan of shutting the mill down. So the cyclone gave them an excuse to do just that and immediately after the cyclone they started cannibalising the mill removing machinery and equipment to other mills. So now they are telling us that to rebuild the mill or refurbish it will cost 50 to 55 million dollars. And that all of course was deliberately done.

JT: It is no secret the sugar industry has been struggling these past few years. Output has not quite been the same nor has the price farmers are getting and such. Was it inevitable that there would be shutdowns further down the road though.

MC: Well it all depends I mean this has, has potential as well. Although the industry has been declining the reasons why it was declining was the way it was managed and the way farms were sidelined from actively participating in the decision making processes in the industry. There institutions were shutdown and all that. This is what resulted in the rapid decline of the industry. But it can be turned around if it had been handled differently.