According to the Ministry of Health three national surveys taken in high schools over the last ten years show Pasifika students are three times more likely to attempt suicide than European students. 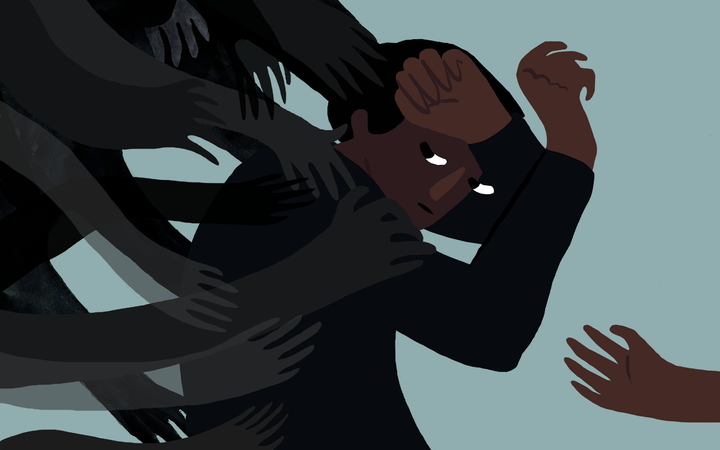 DENISE KINGI-'ULU'AVE: What we do know is that that collective responsibility is really a protective factor if we know what to do and how to respond and how to look out for the warning signs which is what we're doing with our programmes. We go around helping our communities and our families identify those early warning signs and have the confidence to go out and do something and ask that question - that really hard question to our young people.

INDIRA STEWART: So what are the kind of questions that you've been getting from people in the pacific community over this past weekend, who come through?

DKU: It varies, but many of them are saying, you know, that they don't understand. You know, back when they were young it was never thought about, taking their lives. But now, they're really at a loss as to why. And we talk about some of the stresses and pressures that our young people are under today that we never had to experience when we were young. Such as cyber-bullying, you know, those sorts of things where things are global instantly.

IS: Do you think being open to the idea of suicide came more about for us pacific islanders who are living in western communities? as opposed to, if you grew up in the islands, you never really, or your parents and their forefathers, never really had that idea?

DKU: Yeah well it's really interesting because Te Rau Hinengaro has a study that was quite a few years back now though, but what they found was that if you came to New Zealand, migrated here after the age of 18, you were less likely to experience mental health issues. So there's something really protective that we have back in the islands that we struggle with here in New Zealand.

IS: What do you think that is?

DKU: I think it's a lot of things, particularly our young ones trying to navigate the two worlds? Trying to live the traditional values in the home but then you're confronted with western kind of ways of being and beliefs at school. And so they struggle to try and cope with both of those. And one thing - we've developed five top tactics that we see are really protective and that is: our culture, talking about issues that cause stress and distress, our strong families, but also spirituality and spirituality we know is a really protective factor and so we need to acknowledge that and we need to build on that. But we also know that it's not the only solution. That we still need to have coping strategies to be able to manage these things when they arise. And so that's really important in terms of the talking - being open to talking and having no judgement, reducing the stigma and discrimination about mental unwellness.

IS: Does mental illness look different in pacific communities than in other cultures?

DKU: I think sometimes we can be really good at masking our distress? and if you look back in generations, you can see that sometimes we haven't been able to allow young people to express their emotions. And so yeah, we can mask some of those things that are going on. And they just don't want to make a fuss, many of our young people.