Dozens of staff from New Zealand's Department of Conservation, MetService and GNS Science agencies are conducting work in the Kermadecs.

The navy's HMNZS Canterbury has been transporting staff and materials to Raoul and other islands in this group in New Zealand's far north for multi-agency scientific work.

DOC has a permanent presence on the otherwise uninhabited island.

Paul Rennie, who has been DOC's senior ranger for Raoul over the past six years, spoke to Johnny Blades 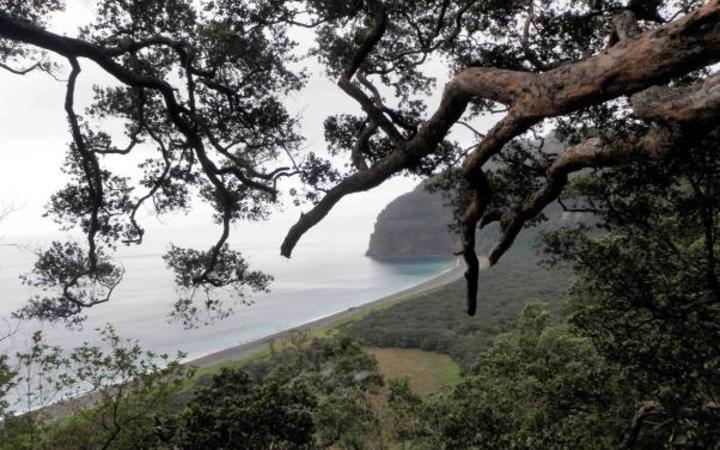 PAUL RENNIE:  We have seven staff on the island. Four of them are on for 12 months and the other three rotate out on a three monthly basis, so that gives us a continuous presence of seven people.

JOHNNY BLADES: Did you get lonely when you were up there? Was it something that helped you as a person or spiritually?

PR: Certainly there is a spiritual component for myself when I am up there and I am not overly spiritual in nature. But I certainly feel a lot of the history that is up there. It's not lonely. We're kept very busy when we are up there. You get limited time to get a lot done and of course you are up there, generally, with a pretty special group of people. Often you don't know much about one another when you land on the island so you are building those relationships and forming a family unit.

JB: Yeah right. Is it rugged? Does it get quite hot at times?

PR:  It's on the same latitude as Brisbane so it can be very hot and humid through the November-December period and also very wet through that period and the terrain is very rugged. The team up there at the moment are getting rid of the last of the pests. All of the Mammalian pests are gone but the flora pests that remain are in very, very rugged country and it's a really tough gig working in that terrain for eight hours a day. I certainly don't envy them when I come back here to the mainland.

JB:  So anyway, you have got at the moment multi-agencies up there, we have got  a whole bunch of DOC staff but I understand GNS Science staff as well as Met Service people, is that right?

PR:  Yes that's right. So the Met Service has a weather station up there and they maintain that. Our DOC staff release a hyrdrogen balloon each day on behalf of the Met Service, so they are also involved in training our personnel for that role. GNS have a lot of interest in the island. There is some volcanologists up there at the moment doing some work in the caldera, that's on the mainland and there is also some technicians up there working on the tsunami warning devices that are on the island so a critical piece of equipment up there that they maintain.

JB:  As well as Raoul there are a number of other small islands which are perhaps even more difficult to land on for a vessel in the Kermadecs, like Curtis island.

PR:  Yes that's right. There are 15 odd islands in the Kermadec group and in actual fact there is another GNS team that have taken advantage of the Canterbury and Canterbury capability and they are actually on Curtis and Cheeseman at the moment doing some research.

JB:  There is a chopper on the Canterbury that is helping shuttle them across to these islands, is that right?

JB:  Is it also the case with Raoul that that main beach, it's not easy to land on, you have got to have a certain kind of boat?

PR:  Yes, that is correct. We actually land at a place called Fishing Rock, there is a backup place called Boat Cove which is on the other side of the island. Often times you can go up there and be all ready for shore but the weather conditions just won't allow you to land. You can only get ashore in ideal conditions with low swell and low wind. And it's a matter of nosing a boat into the rock face and people exiting out the front of the boat onto a rock platform. One of the jobs we are doing at the moment up on Raoul is installing a ladder, whilst it won't mean that it's always accessible, it will just open up the window of availability in terms of getting on and off the island.

JB:  So the DOC staff, among the stuff that is happening, they'll be maintaining some of the buildings and infrastructure that are there, is that right?

PR: Yes, that's right. we've got several crews that are there at the moment. we've installed a solar generation system back in 2012/13. And there's a team up there just doing the routine maintenance on that. we also have taken the opportunity with the capability of the Canterbury to get up a lot of roofing, timber and building materials to be able to do some maintenance on the buildings that are up there. There's a roofing team progressing that work, and a paint team also finishing off some of the exterior work. As well as that, of course, we've got the important job of inducting the team that will be staying on the island, getting them through all of the things that they need to know before we leave them there to carry on for the next six months or so.

JB: How important are the measuring devices and equipment that GNS and the Metservice use and have up there on Raoul and the Kermadecs?

PR: I'd say that they're critical. I know that on the odd occasion when for example one of the tsunami warning devices went down, GNS were very pro-active in making all sorts of arrangements to try and get up there and repair the equipment. Obviously we're in a South Pacific area where we're getting tsunamis not a regular basis, but they're a happening thing. So being able to warn people I think is critical. And the same goes for the weather up there, with cyclones. Last two years, during this particular cycle, we've had two major cyclones through the South Pacific, with Cyclone Pam (which hit Vanuatu) and then Cyclone Winston which was obviously devastating for the people of Fiji.

JB: Can you still grow oranges up on Raoul?

JB: What do you do to entertain yourself while you're there?

PR: Entertainment... different teams tend to do different things. Generally quiz nights and... a lot of people think that twelve months (on the island) is a long time, but most teams and most individuals find that once they're getting to the end of their time on the island, there's always parts that they wanted to get back to or they hadn't quite got around to seeing. So the weekends are pretty much taken care of with exploring and of course there's some amazing snorkelling and marine and bird life to take in and record and learn about.