Auckland's Pasifika festival will celebrate it's 25th anniversary this weekend with special programming to mark the significant milestone.

The Pasifika festival is the largest Pacific Island cultural festival in the world and will run for 2 days at Western Springs Park. 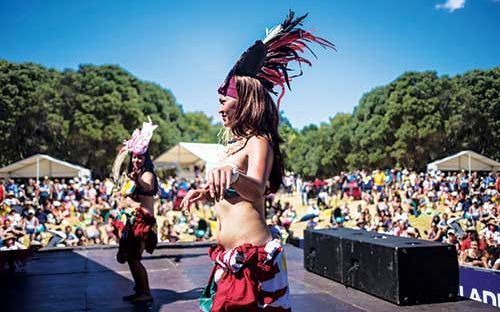 The Pasifika Festival began as a joint Auckland City Council and community initiative in 1992 to celebrate and unite Auckland's growing Pacific population.

Over the years the festival has featured fashion shows, theatre performances, a pop opera, a myriad of dance groups and more.

"The population of Auckland was quite a bit smaller then and you know, we'd been slaving over this for nearly a year. It was quite emotional I think for most of us just to see the type of support. Ordinary families and stuff like that, it was great," he said.

Throughout the years the festival has boasted attendance numbers of more than 100,000 with an expected crowd of around 60,000 for this weekend.

It has attracted visitors from overseas and included trade and food products from around the Pacific region.

Mr Vaughan said the Pasifika festival was now bigger than he ever dreamed it would be.

"It's fantastic to see the reality of it now. It's more than just about culture and commerce, it's about recognition and acceptance and pride in being a pasifika person. It was an event waiting to happen," Roy Vaughan said.

Business owner Tarita Holm has travelled all the way from Palau to sell her traditional Palauan coconut candy and virgin coconut oil products at this year's festival.

She was one of many business operators from around the region who have booked stalls to promote their products.

"This is my first time to New Zealand. I'm very excited so I didn't realise it was this big, so I'm really excited about that. That's about ten times our population so, it's going to be amazing. Because I've always wanted to come to New Zealand so yeah, this is just a wonderful opportunity," she said.

Village co-ordinator Bernard Tairea first got involved in Pasifika nearly 15 years ago when the festival was managed and funded by the Auckland City Council.

After the reorganisation of Auckland's various councils into one super-city, management and funding of the event was taken over by Auckland Tourism Events and Economic Development agency, or ATEED.

Mr Tairea said the festival continues to grow despite budget cuts over the years.

"It's growing from strength to strength and we find that over the years, they're moving the goal post just a little further all the time."

"We're getting a little less for the expectation of a little more. Probably less in the kitty. But I can tell you the spirit of Pasifika for us, we don't look at the cost factor, we look at what's important to celebrating our identity and this is a great platform for us to come together and to shine," he said.

Saturday's festivities will be capped off with an anniversary showcase featuring contemporary music and dance and cultural performances, while Sunday's opening church service will lead into a choral celebration to mark the occasion.