Fiji netball international Maria Lutua says being a part of the Australian Super League is a dream come true.

The 28 year old shooter has earned 52 test caps for the Pearls since her international debut in 2009.

She played for the now defunct Yorkshire Jets in the English SuperLeague last season but told Vinnie Wylie the chance to be a training partner at the Sunshine Coast Lightning is another step up. 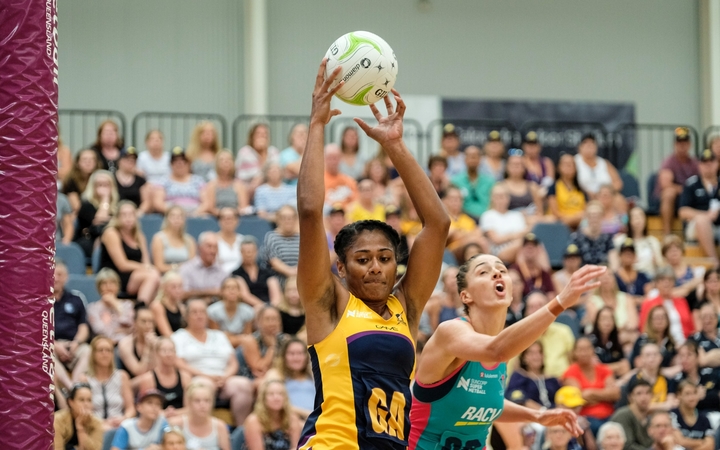 MARIA LUTUA: There is ten contracted players and then you have four training partners. In that, whatever happens during the season if someone goes down they will look into bringing one of us up to temporarily replace an injured player. But with that we get to do everything with them. We did pre-season training, literally do everything with them, which is a really good thing to be part of the team and to be training at that level with great people around. It's just awesome to be here.

VINNIE WYLIE: Getting to train at such a high level with top players: Caitlin Bassett, Laura Langman, Geva Mentor, players like that. Obviously fantastic to have them in your team and get to mix and mingle and learn off them?

ML: Definitely. The first day I rocked up to training I was a bit intimidated. You only dream and wish to play with them and when you get the chance you just grab every opportunity.
Like at first I can't believe that I'm actually training with these guys, the legends, but they're just human and they accepted me and just treated me like one of their teammates, which was really good. I felt like this is the right place to be [and I'm] just looking forward to what happens in the future."

VW: You have managed to get on the court though haven't you?

ML: I did during pre-season. So the first three rounds [of the main competition] Steph Wood was injured, she was recovering from a knee injury, so I had to be the temporary replacement player. I haven't managed to get on court but just being there, being part of the team sitting on the sideline, just absorbing the atmosphere and the experience just to be there I think that's just another step for me. So right now just back to training, just training really hard and just being ready when they need me and fi they need to call me up I'll be ready to step up.

VW: And from a Fiji Pearls perspective Maria, obviously the World Champs a while ago now in 2015. I know there's the Pacific Mini Games coming up in Port Vila. What's on the horizon for the Pearls? I guess it's sometimes challenging in these down years to get matchplay as such?

ML: Yes because we've got a different coach now, we've got Vicki Wilson that's come on board. At the moment she's training the Under 21s for the Botswana World Youth Championship this year and then definitely when we get back together it's probably going to be around August but the team is already training back home. We've got competitions lined up but that's just yet to be confirmed but yeah it's just this December which is Mini Games and we've got Commonwealth Games in April next year.