Tokelau's leader says the people of the three atolls are in an uproar over the government buying two helicopters.

The multi-million dollar buy angered the New Zealand Minister of Foreign Affairs, Murray McCully, whose ministry oversees the Council for the Ongoing Government of Tokelau.

The purchase has been criticised as ill-considered - among other reasons, for the distance of Tokelau from Samoa, its nearest neighbour.

Don Wiseman spoke with the Ulu o Tokelau, Siopili Perez, and began by asking him why Tokelau bought the helicopters. 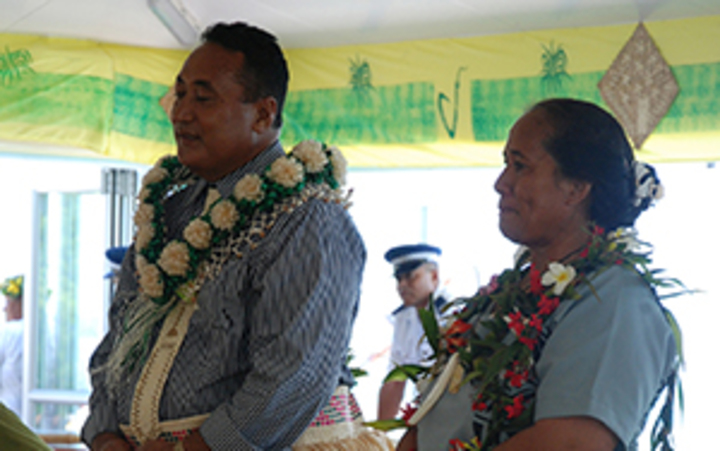 SIOPILI PEREZ: Well if I reply from a Tokelau perspective, this is a very unfortunate event [that] the purchase of these helicopters has occurred. This purchase has [caused] an uproar for the people of Tokelau. We share the Minister [Murray] McCully outburst over this saga, and it came as a surprise to our people.

DON WISEMAN: I know you have only been back in the Ulu's chair for a couple of weeks,, so this purchase clearly happened previously. Were you not privy to this purchase?

SP: We have called for an inquiry. Both sides. I know the administrator is doing one and the people of Tokelau have called for one. What has happened. Two weeks ago we had a parliamentary sitting and there was disapproval against this helicopter decision, but I am mindful that we have an inquiry coming up so I do not want to direct who is to blame but as I said it is unfortunate that this event has occurred because there was no thorough procedure carried out for that but the people of Tokelau are angry really that this thing has occurred.

SP: Yes, as I mentioned before we just came out of a General Fono. Straight after that I hopped on the boat and came on [to Apia] to see McCully. It was a one sided issue over there, so they were really upset that this has happened. The helicopter is not a priority at this stage for Tokelau. There are more important infrastructure required, more aspirations for Tokelau rather than helicopters.

DW: You have got these two helicopters. Are they on the islands now?

SP: No. Before Christmas - even before the interview by McCully, we knew the helicopter was still in Apia and we put a hold on that. I think there is some misunderstanding with some people that Tokelau was for the the helicopter, but...

DW: But the Ongoing Government of Tokelau must have signed off on this purchase. You were part of that, so you can't see it as some sort of mystery that no one knows the answer to.

SP: Ah, I'm mindful that there is an inquiry. I don't want to get in advance of ourselves, but as a Council member I do not recall signing or an agreement, a business case or what ever you might call it. No I must say no there was never, Don I have to be mindful that there is an investigation, both sides, with our commissioner, Tokelau Public Service Commissioner, and the minister, and we are working alongside with New Zealand and Australia - they look into this matter.

DW: And so being mindful of those two investigations, there has to be a possibility, doesn't there, that there has been something illegal happen here?

SP: The decision came out of the General Fono, with the assistance of the administrator from New Zealand, David Nicholson, will how to get rid of these and hopefully get 80%
of our, whatever, but yeah it's on the market but we will leave it to David to comment on that.

DW: So David Nicholson the administrator is in charge of selling them off.

SP: Yes McCully is aware of the outcome from our General Fono. David, he will be in charge of the possibility of getting our money back.

DW: Where were the helicopters bought from?

SP: I wish I could reply to that. All I hear is Auckland, somewhere [like] Ardmore, down in South Auckland.