Kava growers in Vanuatu are working hard to produce more noble varieties of kava for a fast growing market in America.

The noble variety of kava has a sedative effect with no hangover the next day and is more desirable overseas than some other varieties.

John Fordham, the founder of Export Kava company Forney Enterprises, says more than 100 Kava bars have been established in America in the last 10 years.

He spoke to Indira Stewart about the growing kava market in America and the challenges faced by local suppliers to meet the demand. 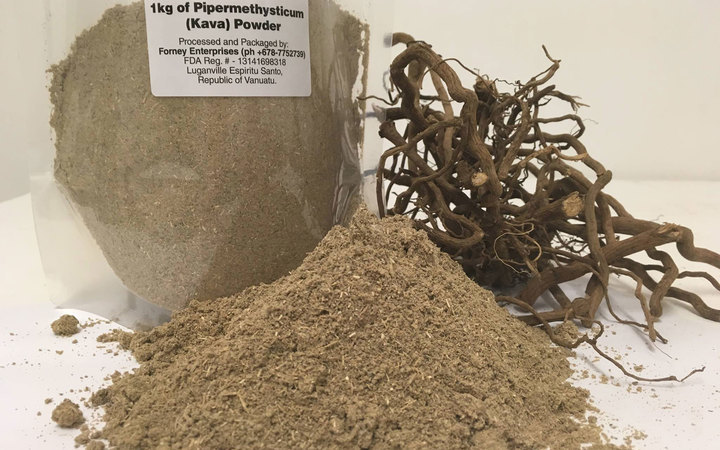 A noble variety kava blend packaged and ready for export by Forney Enterprise into the US market. Photo: Supplied/ Joshua Fordham

JOHN FORDHAM: At the moment there is around about a hundred kava bars in America and numerous online sellers. So I think 2008 we set up the first ava bar called nakamal at home. That was the first nakamal I think that was 2008 and since then it has expanded to 100 kava bars.

INDIRA STEWART: And where abouts are those kava bars are they in certain parts of America or generally all over?

JF: No generally all over there are a few states that don't have them mainly because of the health regulations and stuff but a lot of the states have got them there is a bit of a concentration in Florida more so than in other states. There is a few New York, a few in California.

IS: And who are the main consumers buying kava from America are they generally Pacific Islanders or other people?

JF: No, no, no the kava bars I have been to in America you would count the number of people on one hand. No it is just the general run of the mill people, varying ages from anywhere sort of 18-19 up to you know 40-45. Some people are very interested in where it comes from and where it is grown and things like that and they were very keen to find the information from me. But a lot of them just understand it to be a South Pacific drink and just enjoy the effect. A relaxation after work. But a lot of the kava bars over there are open nearly all day. You know whether it is through the lunch hour. whereas in the Pacific it is generally around about five o clock the kava bars will open.

IS: Wow and so that market has been growing slowly over the years since your first kava bar established their in 2008.

IS: Do you anticipate that it will get even bigger?

JF: Yes it will grow it is sort of a rising curve, it has been a slow start it took about six years to get to 50 and a couple of years to get to 100. The problem now of course is supply of noble variety. Can we supply the market with noble variety that is the question. Nobody really knows how much kava is out there in the islands. You know you think a lot of the kava has just been pulled and then all of a sudden you will get this kava that is 15-20 years old. It just depends on where you are and how old the kava is as to the quality.

IS: The effects of climate change does that have an impact on kava?

JF: Definitely, it is, before in Vanuatu we were getting a storm each day in most places and it was a really green place but over the years you may have seen grass fires long periods without rain. And that really affects the kava and it also reduces the areas where you can grow kava. Like in the hills in Pentecost, Malekula it is always raining and it is still good for it. But then the lower flats that is where the changes are being felt. You know you can lose thousands of plants in a dry spell. The supply kava certainly is reduced, we have had these dry seasons and we have also had cyclone Pam which wiped out a huge amount of kava. Broke of all the stems and the farmers couldn't harvest at the time and couldn't sell it in time and they lost a lot of the older plants. But there are still areas there are lots of areas in Vanuatu where you can grow kava and still have good rainfall. It is just that the areas have reduced that are reliable for you to grow the kava.

IS: If in Vanuatu you can't meet the supply for a growing demand in overseas exports for places like America, will you look at sourcing from other places in the Pacific?

JF: No I think we have got to concentrate, we have got the areas to grow the kava we have got the people to grow it. We have got the incentive now with the increased prices. And it is the first year that the government and that I have noticed that there has been a real genuine effort to encourage the farmers to get out there and plant more kava, plant the noble variety and it has been a real push so that has been very encouraging for people like me who process and export it. They have awareness programs on what the plant is and how you should be planting it. So it is a bit of a changed enviroment for the growers. They are more aware of what the market needs. We had a meeting in Luganville a few weeks ago and there must have been three to four hundred people turn up. I have never seen a meeting that big before. And as far as I know the government is setting up nurseries to plant more kava so I think we will get there.

IS: You talked about increasing, the increase in prices. So if you are a consumer from America how much would you pay for kava?

JF: Kava powder you are looking at anywhere between 35-47 dollars a kilo that is my kava the 47 is premiere kava it is the kava that is picked from the best kava in the islands. And the instant kava where you have got like the instant milk where you just drop a teaspoon in a cup of water and stir it up. The instant kava is over $180 a kilo. But in that, in saying that one kilo will give you 125 drinks.

IS: Is that instant kava popular?

JF: Oh yes we cannot keep up with supply, we just cannot keep up we are so far behind now. But we have ordered some more machinery equipment that will certainly increase it. We have got a third scientist in America working on a new process to increase production. It is a very long process it takes eight days. That is a lot of physical work. It is a great industry, it is an interesting industry, kava is an interesting product.