The Biosecurity Authority of Fiji has stopped a Korean cargo ship from entering Fijian waters after it was ordered to leave New Zealand.

Dense fouling of barnacles and tube worms were discovered on the hull of the DL Marigold, posing the invasive threat of an unwanted marine species.

Ben Robinson Drawbridge has been following this story and joins me now. 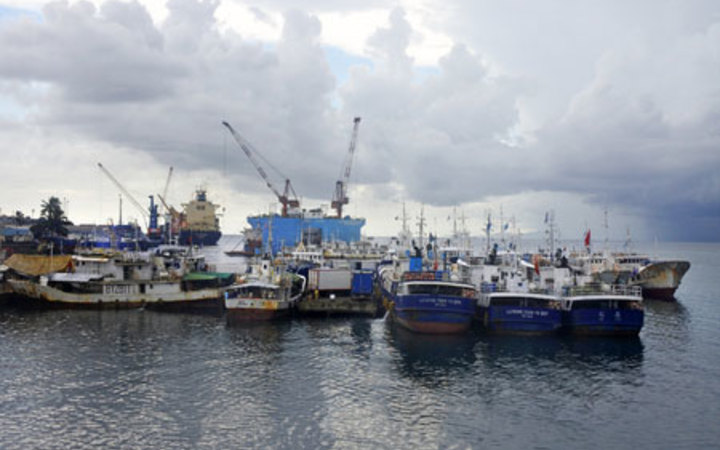 KOROI HAWKINS: What do we know about this boat?

BEN ROBINSON DRAWBRIDGE: Fiji authorities say it is hauling palm kernel for dairy feed. It docked in the New Zealand port of Tauranga on Saturday March 4. Upon inspections by divers it was found to be encrusted with barnacles and tube worms, to an extent that it was felt that unless these organisms detached from the hull it could pose a biosecurity threat. So it was given 24 hours to leave New Zealand on Sunday March 5. This was the first time that an international vessel has been ordered to leave NZ for what they call biofouling. The crew then signalled intentions to go to Fiji to clean the hull and return to New Zealand to finish offloading its cargo, but before it entered Fijian waters the biosecurity authority of Fiji notified the ships India-based agents that it was not welcome.

KH: What reasons did the Fijian Biosecurity authorities give for rejecting the vessel?

BRD: The Authorities chief executive Xavier Khan said the DL Marigold could cause biofouling resulting in the introduction of invasive aquatic species in Fiji waters. He said "this could be devastating for Fiji's marine and aquatic species". Mr Khan said the organisms on the ship's hull could establish a reproductive population in the host environment, becoming invasive, outcompeting native species and multiplying into pest proportions. He said invasive species were already causing enormous damage to biodiversity in Fiji and its valuable natural riches, which Fijians depended on.

KH: Where will the vessel go now?

Vessel tracking websites indicate the ship is still on course for Fiji. They also tell me was built in 2012, so it’s quite a new one, and is quite long - 180 metres long. I suppose there could be a danger that boat has been stigmatized and no Pacific port will allow it to dock. Especially, now that the Fiji department of environment praised blocking the vessel as an "exemplary approach in protecting its oceanic patch". That was a stand the department felt Fiji  had to make given that it's co-hosting this year's United Nations Oceans' Conference.