WHO says dengue is spreading across the Pacific

The World Health Organisation says the latest dengue outbreaks suggest it is spreading across the Pacific.

Fiji has now confirmed 143 cases, Nauru has confirmed more than 50, and 13 have been confirmed in American Samoa.

In New Caledonia three people have died and a health emergency has been declared as more than 1-thousand cases have been recorded since September.

Jo O'Brien asked WHO surveillance officer Viema Biaukula about efforts underway in Fiji to prevent the spread of dengue there. 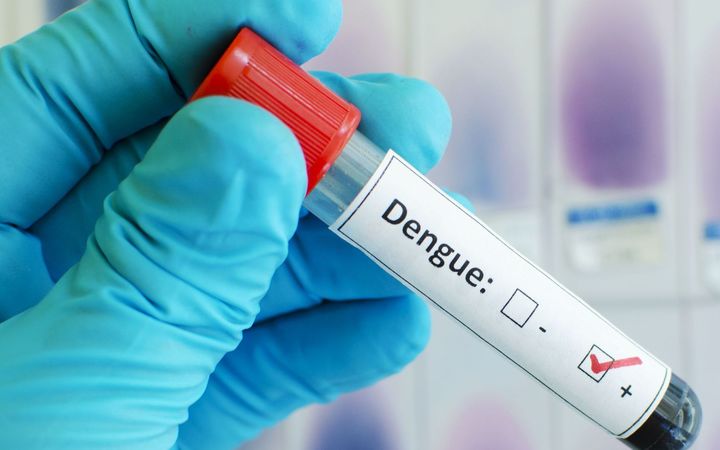 VIEMA BIAUKULA: They are doing a lot of response activities on the ground. They are doing spraying and as of this week they are organising a huge cleanup campaign as well.

JO O'BRIEN: I've also heard reports about outbreaks in American Samoa have you heard much from there?

VB: Just that it's dengue serotype 2 which is also what's also happening in Solomons and Vanuatu. So it's possibly what we are seeing in the Pacific is just a spread because there is a lot of travel inter-island and the vectors are present and as long as people are travelling carrying the virus and you have the mosquito to spread that's probably expected to be seen.

JO: Is it likely that all these dengue outbreaks are connected through people travelling between those countries?

VB: Yes it's possible especially if they haven't seen that serotype for a while, see like how a population that's susceptible to it. And this is similar to what we saw in 2013-14 where we had dengue serotype 3 beginning first in the Solomons and then sort of spread across the Pacific including Fiji and all that had cases registering later.

JO: But this time around you said it's the type 2?

VB: Yes serotype 2 and in a lot of countries they haven't seen serotype 2 for a while like 10 to 15 years so if they are exposed to that then we are likely to see quite a number of cases because you have a portion of the population that's susceptible.

JOB: Do you have any figures on how many people affected in the Solomons and American Samoa?

VB: Solomon Islands as of about two weeks ago it was over 10,000 cases.

JO: So that's still going strongly there in the Solomons?

VB: Yeah and considering that their last outbreak was less than that, it was 9,000 cases and we're still very much in the dengue season.

JO: Vanuatuyou mentioned have there been many cases there?

VB: It's been steadily increasing as well.

JO: Has the WHO got advice that it's giving out in regards to this dengue outbreak?

VB: Basically we have the countries they send in their weekly syndromic surveillance reports. We encourage them if they see increase in cases that look dengue like or suspicious of dengue to try and get them tested to confirm once that it's dengue. And also in terms of response like measures to you know reduce the likelihood of being bitten in terms of use of mosquito repellent, wearing clothing that covers more of your body but light because it's hot weather around here and as well as basically destroying mosquito breeding sites, cleaning up around your environment.