Opeloge initially finished fourth in the women's over 75kg division at the 2008 Beijing Games but a re-analysis of samples from nine years ago found the silver and bronze medallists tested positive for banned substances.

The President of the Samoa Weightlifting Federation, Jerry Wallwork, told Vinnie Wylie the next step is to finally hold an official reception to celebrate history. 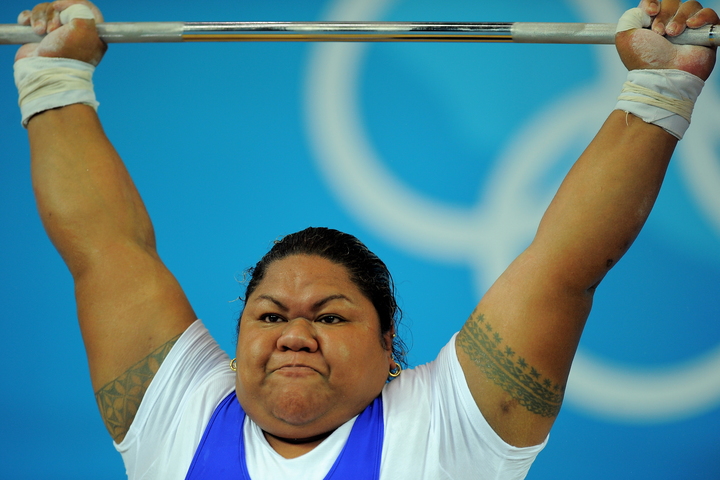 JERRY WALLWORK: It has dragged out quite a bit - it's taken a couple of months since they advised us but nevertheless better late than never and I can confirm now that the medal is actually here. It arrived last week and it's a proud moment, a very happy moment for Samoa. It's very unfortunate that Ele's not here at the moment but we are waiting on it to get her across. She's in New Zealand, she's living in New Zealand and she's sorting out some issues with her residency before we bring her across for the official presentation in front of the Government and in front of the country.

VINNIE WYLIE: What caused such a delay?

JW: From as far as what I've been told, the previous winner or whoever had it before would not own up the medal - not give it up - and after many requests and many attempts by the International Olympic Committee I think she still didn't give it, so eventually they had to source out a new medal, get it engraved and send it to Samoa.

VW: So even though she'd been disqualified and proved to be a drugs cheat she still refused to give up the medal?

JW: That's the case, that's what I've been told and it just really delays. It's delayed it already. We've had to wait eight years and then on top of that we've had to wait another couple of months so this whole process it's really unfair for countries like us, like Samoa, smaller countries.

VW: As you've said previously, Ele will never have that moment on the podium, on the dais at the Games. That was taken away from her but in the near future she will be back in Samoa and you will be able to have the ceremony and celebrate the achievement for what's it's worth for the country?

VW: How long away do you think that date is, as she sorts out her residency in New Zealand? How long do you think until that ceremony in Samoa can take place?

JW: At the moment I can't confirm exactly. We are hoping it will be very soon. The sooner we can get it done the better so we can have it all done and get it out of the way. It has dragged out quite a bit and finally we want to get the presentation, get Ele here, put it on her neck. You know, the medal is here but it doesn't feel right that the winner is not here.