A political communicator from Washington DC is empowering Melanesian women to run for office.

Kate Hansen's tour is part of the Women's Empowerment Programme run by the US Embassy in Papua New Guinea. 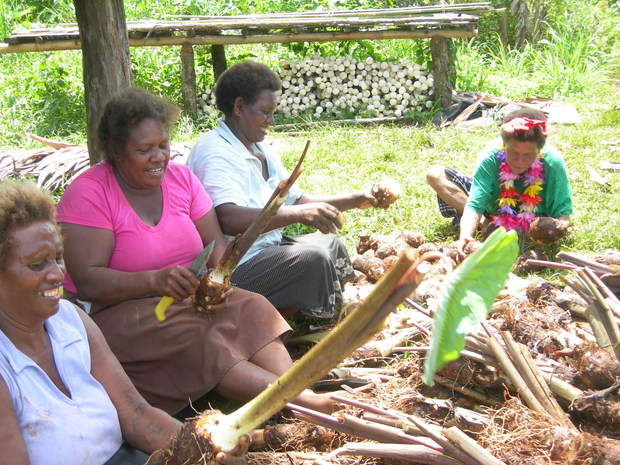 KATE HANSEN:  So we heard from lots of different women, they travelled a pretty long way, many of them to get to the highlands. So we were speaking about basics of communication, messaging, ideally for those who are working at an organisation or who may even want to run for office. I certainly feel that a part of that is going to be empowering more women in PNG, solomon Islands and Vanuatu to share their stories and to come forward. You know, it's a long process that certainly doesn't happen all at once but I certainly hope that the workshops will be helpful toward that end.

BEN ROBINSON DRAWBRIDGE:  Is then end about countering gender-based violence or is it empowering women in general?

KH: Certainly would hope to meet both of those and the women's forum focused on a number of issues - women's empowerment, women in politics, helping more women run for office. I know that's certainly something that everyone in PNG is looking toward because they will be standing for elections in a couple of months time. Gender-based violence, of course, is a topic on everyone's lips throughout the forum. So what I focused on was the basics of communication skills, a little bit more broadly, in the hope that those could be employed in a number of different settings and ideally would help women in PNG and the Solomon Islands and Vanuatu to share their stories more readily and help them to feel empowered to do so in a variety of settings.

BRD: A number of recommendations came from the Goroka forum, one which particularly catches my eye given that it's an election year in Papua New Guinea, is for separate queues of men and woman at polling stations.

KH: Any action step that is going to make it more comfortable, more equitable, and a broadly a better environment in which women can vote and feel that their vote is private and personal, is probably a step in the right direction.

BRD: Can you run me through now, some of the things you're doing in the Solomon Islands.

KH: Sure, so yesterday in fact we held a workshop at the heritage park and hear from women in a number of different industries and disciplines. Some who worked for NGOs, some who worked for business and some who are hoping to run for election next year - in 2018, when Solomon Islands has their parliamentary elections, as far as i understand. I am always excited to hear about more women throwing their hat in the ring and running for office because I know there are particular barriers for women, perhaps in each country. And truly, in the United Sates we see the same things. But I would just say that any woman who wanted to run and represent her community, I would really encourage her to do so and you never know which younger women and girls are watching you and who you might accidentally become a role model for.