A documentary following the struggle of a Papua New Guinean community battling against commercial developers has been internationally recognised.

The Australian film, called The Opposition, has won the Grand Prize at the International Pacific Documentary Film Festival, FIFO, in French Polynesia.

It tells the story of Paga Hill squatters in Port Moresby who are faced with eviction to make way for a resort complex.

However, the documentary has also faced legal challenges with one of its participants, former politician Dame Carol Kidu, seeking an injunction against it.

Its director, Holly Fifer, spoke to Amelia Langford about the film and the controversy that's followed it along the way. 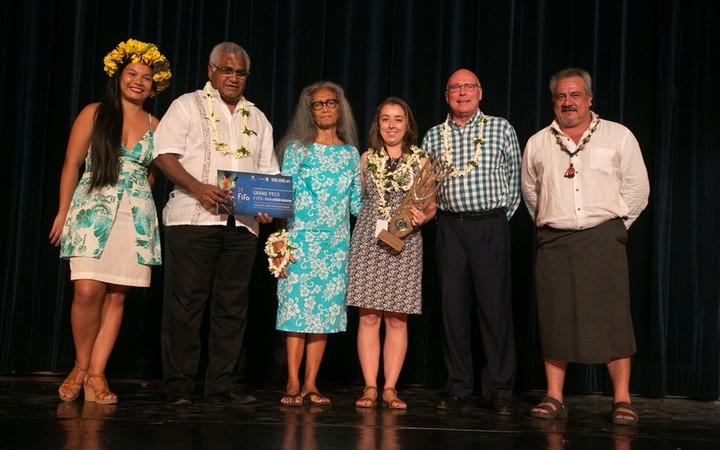 HOLLY FIFER: One of the interesting things about observational documentary is that you have absolutely no idea what you're signing up for. So, you start in one place and you just follow the journey as life unfolds. And this story got bigger and bigger over the four years that I was making it and it is a very personal story - I feel hugely emotional about the story - and it was a huge obligation I think for me to be able to tell it because the first time I met the community they were actually being demolished by the police with bulldozers and assault rifles and machetes - so that was my first introduction to them and then we have been on the journey together ever since.

AMELIA LANGFORD: And of course there has been a lot of controversy along the way, including legal challenges - can you just tell us a little bit about that?

HF: Yes, so we were actually preparing to have our world premiere at Hot Docs [Festival] in May 2016 and a few months before that we got a phone call from a journalist at The Australian who said 'I just want to do an article on Dame Carol's case against you' and I had to tell him 'I don't know of a case against me' and then a few hours later we had the court paperwork and former leader of the [PNG] Opposition-cum-development company consultant, Dame Carol Kidu, had launched proceedings in the Supreme Court of New South Wales to seek an injunction against the film. One of the interesting things about that was that she wasn't just seeking an injunction to stop the footage of her being publicly released but also all footage that she facilitated me capturing, which included that scene I was just talking about - the police going down into the Paga Hill community and demolishing their houses, which is quite a huge human rights abuse.

AL: Her stance on the project took quite a 180 didn't it?

HF: Yeah at the beginning of the film she is in front of the police protesting the human rights abuses and also the development of the Paga Hill land and then she does end up working for the Paga Hill development company to relocate the people. I think Jo [Moses] and the Paga Hill community were quite shocked at the development - they saw her as one of their allies and then had to stop speaking with her. So, it is certainly an interesting twist.

AL: Indeed. Where is that situation at now? Is it resolved?

HF: So, we actually had to do a redacted version for Hot Docs, so we blacked out the screen and wrote 'this footage has been injuncted' and that was a way of still being able to tell the audience at Hot Docs that this was happening to us and being quite transparent about the film being in a legal proceeding. Then we went back to Australia and had the case and thankfully we won and The Opposition is back intact and we are now continuing with our screenings.

AL: And so for those that haven't seen the film, you've already alluded to it, but just tell us a bit more about the situation that this film covers.

HF: So the film follows Jo Moses, he's the leader of the Paga Hill Development Company as he spends four years working with an international alliance including the International State Crime Initiative in London trying to defend the community's right to live on Paga Hill land but it has huge implications for the community and for him - it's not an easy thing to do to resist a development. So, it gets bigger and bigger and bigger and he does come under quite a lot of intimidation but I certainly don't want to give away the ending.

AL: Indeed, we will leave that to the viewers. So in that way it is a bit tricky to ask you now what the situation is - I guess we can't reveal that?

AL: It must have been really frustrating to see the community go through that? How did it affect you?

HF: I think it was incredibly hard - I'm a first time film-maker. This is my first feature film. So it was quite a journey to go on as a person as well as a film-maker. They have been my friends and to see anyone in trouble and to see anyone have to stand up and fight for what they believe in - it's not only sad but it's also inspiring so they've taught me a lot and I feel honoured to be able to tell that story.