A medical ship that's just been installed with an eye surgery clinic will soon be bound for Vanuatu.

Rotary Clubs from several countries have raised $US87,000 for the optical equipment on the MV Pacific Hope, which has already been providing dental surgery in the region.

It's one of four vessels operated by Marine Reach, a New Zealand based faith charity.

Jo O'Brien spoke to its founder David Cowie about the new clinic. 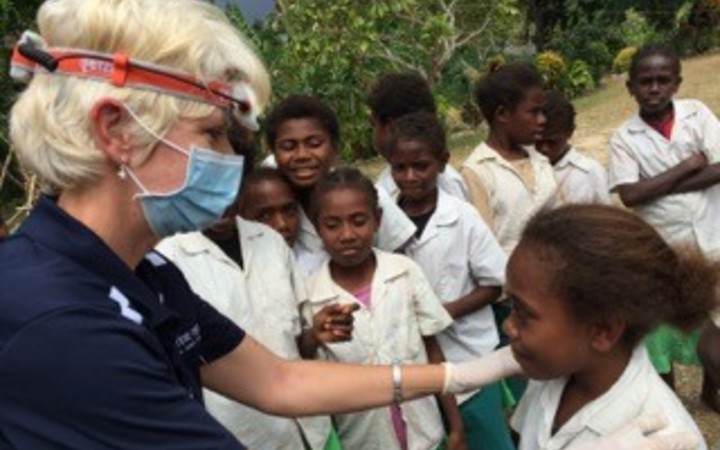 DAVID COWIE: It's the operating microscopes and all the support equipment, it's amazing state of the art stuff. I was looking at it and going wow refractometers and all that kind of stuff that can measure the eye, the strength of the eyes, so it's all state of the art equipment so we are really thrilled about that.

JO O'BRIEN: And how will that benefit people in the Pacific?

DC: Well we've been mostly in the last few years working in Vanuatu and we target the poorer more isolated communities where no one else goes and so you find in these communities people hidden away with some pretty serious problems, not just dental problems but eye problems as well. I found a little boy, Steven just recently. He was ten years of age, quite a bright student in his school but he had a cataract over his left eye. He also had glaucoma, which is a much more serious problem, so we were able to fix the glaucoma with medication but I promised this little boy that I'd come back one day and take care of his blind eye, the cataract, really cute kid. Teacher said he was bright but was struggling because of his eyesight. So he represents dozens of children as well as adults throughout the islands that really desperately need help and they only have one ophthalmologist in Vanuatu and he is away this year so getting up there and participating and working with these people is just a real privilege.

JO: So that's where this vessel will be working in Vanuatu?

DC: It will be for this next year, yes. We've been concentrating on Vanuatu for the last couple of years because we want to make an in-depth impression into the nation, not just to come and go but to really invest in the nation and make a lasting impression there. So we are going to back again this year. We sail out of Tauranga here on the 13th of April with our medical teams and we'll be there for nearly six months.

JO: At present the services that are in Vanuatu they're a little bit limited?

DC: Very much so. The Government does its best with a very very limited budget but their doctors ratio to the population are very low, dentists very low and expensive and virtually no optical care. Now other groups do go up which is great so we'll just be continuing building on what other groups are doing as well, trying to solve this problem of blindness in the nation.

JO: And you said you already have a vessel doing similar work in Papua New Guinea?

DC: Pacific Link has been working now in Papua New Guinea under a sister organisation. They have been in there now for about three or four years. They're also doing cataract surgeries on board.

JO: And there is a real need up there as well?

DC: Oh very much so.