An inconspicuous red shed nestled in the hills near a small New Zealand town is the unlikely base for an effort to revive the maritime culture of the Marianas Islands, some 6000 kilometres away.

Once a common sight in the seas of the northern Pacific, the Chamorro proa was banned when the Spanish occupied the Northern Marianas and Guam from the 17th century, and the knowledge has since been lost.

But with the help of one 270-year-old sketch, one small group is bringing it back. 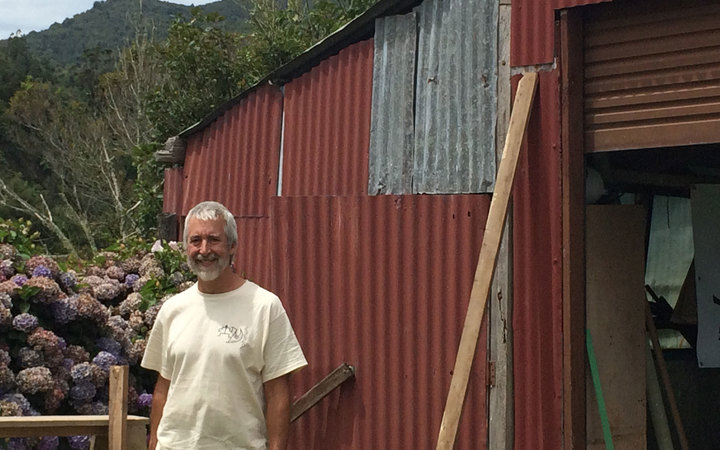 The eight men in their white overalls scurried around a shed in the sweltering summer heat near Waihi, drilling a frame and trying to wrap a large sheet of fibreglass around it to form a hull.

This place, owned by boatbuilder Derek Kelsall, is the campsite for the group from the Northern Marianas and Guam, who are trying to build a prototype fibreglass canoe, known as a flying proa.

The group, from the organisation 500 Sails, are Chamorro, the indigenous people of the islands, who for centuries would zip across the ocean between islands on their unique proas.

But the executive director of 500 Sails, Pete Perez, says in 1668, the Spanish arrived and began a brutal occupation that wiped out most of the Chamorro population, and their seafaring traditions.

More than a century after the Spanish left, Chamorro ancestors have been left to trawl archives to find any trace of how to build the proa.

Fortunately, in 1742, a British naval commodore George Ansell's ship was damaged on a round-the-world voyage and he was forced to spent three months on the island of Tinian for repairs.

Mr Perez says that while there, an officer, Peircy Brett, took apart a proa, made measurements, and sketched out what is believed to be the only remaining detailed blueprint for the Chamorro vessel.

A few years ago, one of the 500 Sails builders, Guamanian carpenter Ron Acfalle (Ah-far-gee), found Mr Brett's sketch and used it to carve one of the first wooden proas in more than 200 years.

"Nobody's done it before, so it took a lot of reading up, a lot of research work and I had a bit of help from some people from the Caroline Islands who kind of showed me their way of carving and what tools to use. So since then I've just decided to go on our own and build our traditional canoe."

But what Mr Perez wants to do is create 500 proas, which would involve a lot of time, a lot of money, and a lot of wood.

So, his group of builders travelled to meet with Mr Kelsall, an expert fibreglass builder, so they could use the Peircy Brett sketch to develop a prototype fibreglass proa, so they can build 499 more back on Saipan.

He says that while not wholly traditional, it's a lot more practical to use fibreglass.

"It's a great, beautiful boat, but it cost US$60,000 to build that boat and after all the materials were there it took a year. But with fibreglass, we can build an entire boat for probably under US$3,000 and we can build the whole boat in under two weeks, so that's the difference."

With the proa back on the seas of the Marianas, Mr Perez says he hopes hundreds of young Chamorro can help revive seafaring ways that have been lost for generations, while at the same time creating employment opportunities for a disadvantaged indigenous community.

For Mr Acfalle, who has travelled downunder to make what will be his fifth proa, feels his efforts are already starting to pay off.

"It's amazing, honestly. We don't know what it is yet, we haven't mastered it. But we're close to knowing how they sailed their canoes."

The group will be in New Zealand for another two weeks.