Treaty of Waitangi to be published into 30 different languages

New Zealand's historic founding document, the Treaty of Waitangi, is to be published into 30 different languages including two from the Pacific.

Both the Maori and English versions of the treaty have been translated into the 30 languages and also New Zealand's sign language by the New Zealand Society of Translators and Interpreters.

Around 150 translators and reviewers worked on the translations which will be published in a book called 'Treaty Times Thirty' and gifted to the New Zealand public at the end of this month.

The project's spokesperson, Stefan Grand-Meyer says the aim of the book was to make the treaty more accessible to immigrants and encourage a better understanding of it internationally.

He spoke to Indira Stewart. 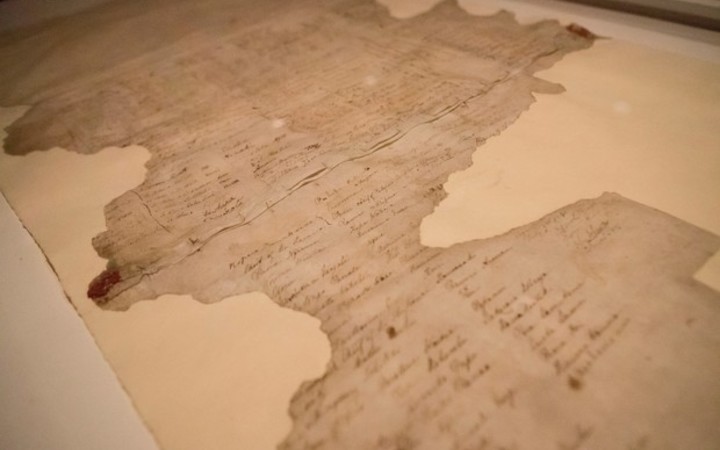 STEFAN GRAND-MEYER: For one language to qualify, we needed to receive a contribution by a minimum of three translators who would agree then to work together collaboratively to come up with the best translation possible.

INDIRA STEWART: There is significant debate around the fact that the Tiriti O Waitangi and its Maori text so show some different meanings to the English text of the Treaty of Waitangi. How did you deal with that?

SGM: So, the whole point of the project was to celebrate translation and that's why we decided to translate both texts, the English version and the Maori version, to be able to show the differences in meaning between the two versions. We wouldn't have been able to find enough translators able to translate directly from the Maori version into their native tongues, so we used the modern English edition by Sir Hugh Kawharu as a source document. So we translated both the Treaty and Te Tiriti via the English modern rendition but to show the differences between the two. And there are key differences and this comes across through the translations.

IS: How did you work around trying to convey the meaning of both texts as correctly as possible in the other languages? Were there issues like, for example, there may not be a word in Bislama or the Fijian language that directly translated a certain Maori word?

SGM: Yeah, so we supported our translators throughout the project. We consulted with Dame [...?...] who's an expert in treaty matters and we also had the support of two Treaty Educational organisations, Tangata Tiriti, so the Treaty People, and Waitangi Network Otautahi. They developed resources for our translators to better understand the Maori version. We used a lot of collaborative tools so there was a forum for them to share questions and ideas. So that's how we approached it. We have a number of layers for quality assurance in making sure that the meaning that is expressed is a true reflection of the source document.

IS: I do note that two of the 31 languages are Pacific languages from Melanesian countries in fact, so that's Bislama and the Fijian language. Given that Maori have Polynesian ties including many similar words in their language to other Polynesian languages, would this make it easier for the Tiriti O Waitangi to be translated into Polynesian languages?

SGM: Yeah, I mean, you're perfectly right. So we actually chose not to include Samoan, Tongan, Niuean, Tuvaluan simply because there are already translations of the Treaty and Tiriti into those languages. So we didn't want to produce translations that they  already had. New Zealand is becoming increasingly diverse in terms of Ethnicities and Languages. It's very difficult to really be part and participate in society if you're not aware of our history. So I'm really excited that we managed to produce these translations because I see this as a fundamental way of involving and including people New Zealand and New Zealand history.