The lawyer of an asylum seeker who was deported by Fiji police says he fears for his client's life.

Loghman Sawari had fled to Fiji from Papua New Guinea where he was detained on Manus Island by Australia.

The 21-year-old from Iran and his lawyer, Aman Ravindra-Singh, were on the way to meet with immigration officials in Suva when their vehicle was intercepted by police.

Mr Ravindra-Singh says police officers bundled Mr Sawari into a car before putting him on a plane back to PNG.

He told Amelia Langford what happened. 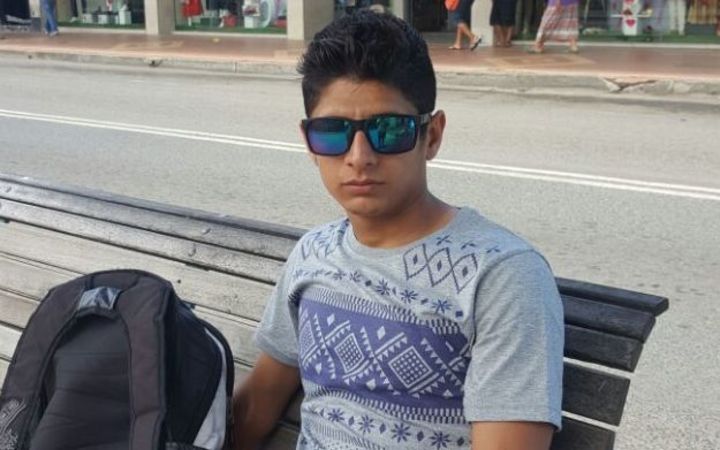 AMAN RAVINDRA-SINGH: We were on our way to present Loghman Sawari before the Director of Immigration as we had agreed upon on Tuesday and we had a meeting arranged for 10am. At about 7.20am we were intercepted on our way to Suva city by about six police officers, who were very aggressive. They bundled Loghman into a car and when I tried to intervene, I was threatened with arrest and threatened with a few other things. Then they took him to Sigatoka Town where immigration officers put him into another car, again everything was done in a very aggressive manner and he was then rushed to Nadi Airport and, as far as my sources inform me, he was put on the plane to PNG.

AMELIA LANGFORD: So this was unexpected - you were going to go to immigration to talk to the director - why do you think this has happened?

ARS:  Well, it just shows the mentality of the government of Fiji who have no respect for human rights at any level. This is the same government that harps on about respecting human rights and giving its people full democracy, which is an utter joke. It also shows the deception used by the Director of Immigration in luring us to Suva and assuring us that everything was in place yet colluding with the police and the Attorney-General of Fiji, who is the mastermind of this whole plot, and removing a bona fide refugee from the Fijian jurisdiction.

AL: So you say this was a trap?

AL: How concerned are you for your client's safety when he returns to PNG?

ARS: Deeply concerned. I fear for his life now.

AL:  You fear for his life? Why do you say that?

ARS: Yes. Because he had fled a few life-threatening situations there. He had been threatened. He had been beaten up. He was living in daily fear and he had fled that particular scenario seeking asylum and freedom in Fiji. Now, the Government has returned him to the very place he had fled.

AL: And this must have been heartbreaking for you and your client? He was probably feeling quite hopeful that he had a meeting?

ARS: He was, he was feeling very hopeful today. To see the look of anguish, defeat, and fear in this young man's face was very heartbreaking.

AL: Is there anything that can be done now?

ARS: Well, unfortunately, from my side, I can't see that much can be done because the damage has been done, which is Loghman Sawari has been put on a plane. If he was kept in detention while we argued the law, obviously we would have been able to prove our case and I'm sure a positive result would have come through, but knowing the authorities in Fiji and their attitude to human rights - and what I saw today - thugs in the form of police officers and immigration officers at work.

AL: Will you try and keep in contact with your client in PNG?

ARS: Yes, the fact remains that Loghman has had a very strong team of dedicated people behind him from Australia including human rights activists and other people - including Amnesty International. This is not the end and I'm sure the team will continue to push on and press for his case and I will be involved in whichever way I can be and I will consult with the team about what we will do next in Fiji.

AL: How will the police justify deporting him?

ARS: Well, I can't quite understand their logic but you need to see through these things because here on the one hand we have the Director of Immigration agreeing to everything we had discussed and then behind our back the attorney-general had plotted this entire thing. So it just shows who runs Fiji and what exactly goes on in this place.

AL: And you felt that you were dealing with the Immigration Department in good faith?

ARS: Yes, and we had been. Look, let's face it - if Loghman Sawari had to hide in Fiji then I'm sure he would have found more than a dozen places to hide in this country and he would never have been found. So everything had been done in good faith - right from the word go.