The premier body representing the fisheries' concerns of the 18 members of the Pacific Islands Forum says improved surveillance is just one of a number key steps the organisation plans in 2017.

He began by stressing the importance for countries wanting to develop more processing at home to have more rigorous scrutiny of the financial merit or otherwise of such schemes. 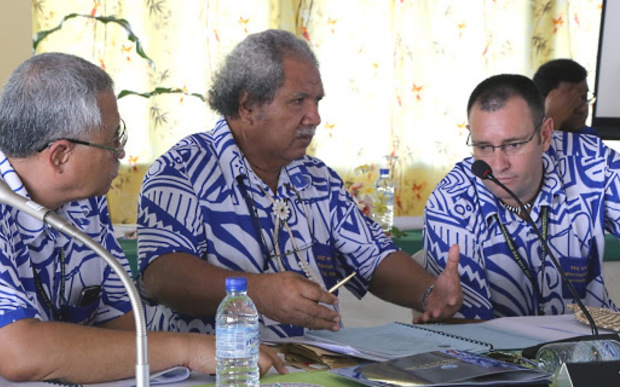 JAMES MOVICK: To be sure that the net economic and the social economic return is a positive one. Also we are looking at the traditional build a cannery, build a loining plant, when in fact other forms of value are added and participation in the upstream value of the marketplace is something that we want to encourage so it's a better return for countries. I think the quality of the investment is what needs to be looked at. The other thing related to that and something we have been working on that for a number of years now, of increasing importance to members is establishing a regional competent authority for certification for food safety of fish products, trying to provide a regional service, if you like, because national systems of fish safety are really quite expensive.

KH: So this is to do with certifying their products for export so that they're safer for different markets?

JM: That's correct.  And that's primarily focused on the food safety aspect but there are many implications for IUU certification on the legality of the origin of the fish so it should be a very useful mechanism to assist the smaller countries in particular. Really, in terms of fisheries management this year we will have the tropical tuna measure which will have to be adopted by the WCPFC and that governs the fisheries are most important to our members including the persain skipjack fishery as well.

KH: Your surveillance has extended to other areas including the national fisheries issues of Vietnamese blue boats and such. Other concerns about the fishery outside tuna  and in terms of more and more vessels or more and more distant fishing nations taking interest?

JM: No, it's really just this rash of blue boats that are targeting the beche de mer that are the major problem. We are proposing to bring together the members that have been most affected and others that are likely to be affected. We are hoping to bring everyone together by at least April or May of this year, so that we can discuss how to move forward. I think one of the exciting things for us this year will be the new Australian-funded aerial surveillance programme which will provide for, pretty much, 365-day aerial surveillance capability under the control of say one, or several aircraft that we will be able to utilise around the region for area surveillance and plans to implement that are going forward with a view to that being in place by the end of this year. So that additional area of surveillance will give us much needed additional much needed capability for surveillance or these mobile activities such of small boat activity such as these Vietnamese blue boats as well as continuing to enhance our tuna surveillance capabilities.

KH: The other issues, I think, which were raised around observer safety at the commission, coming off of that what are some actions you are taking?

JM: We already had some discussions with the Japanese on how to progress that and we understand that they are working through their internal regulations that had prevented them from the agreeing to the measure in Fiji in December last year and hopefully we will be able to get that one resolved.