The Australian Broadcasting Corporation has ended its shortwave service to the region today Tuesday saying it's not viable and too expensive to maintain.

The chop has been greeted with dismay in many parts of the region, particularly in remote parts of Melanesia. 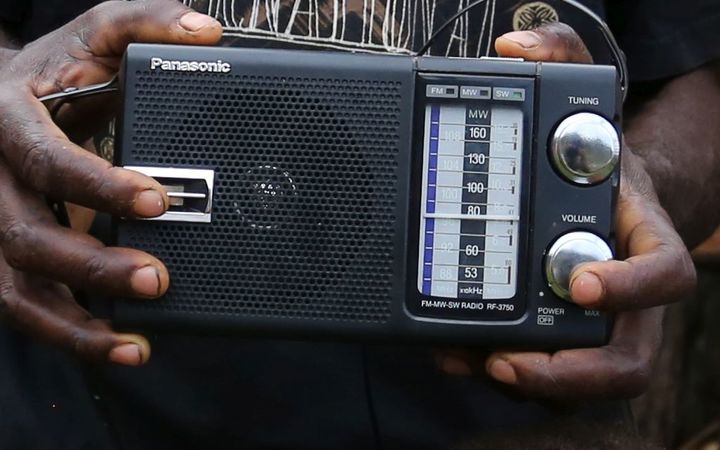 He says the ABC's power as a cultural tool and lifeline in times of potential disaster shouldn't be under estimated.

"It's generally one person in the village that owns the radio and probably that's the chief. There's a communal listening station and the radio will be turned on at a certain time of the day and everyone will gather to listen to it and that's often news time."

Papua New Guinea MP Ron Knight says it's a sad day for the 90 percent of his people in remote areas of Manus province who can't get local FM radio.

"That's the only meaningful, one of the most meaningful things I should say, that the Australian government does give to the Pacific islands people and for it to close down will deprive a lot of people of current affairs and the news and the situation as day to day events unfold in and around the world and the Pacific region."

Mr Knight says remote villagers will probably only get their news now when they come into town.

The ABC has promised to expand digitial services and FM but Mr Knight says that's not much use unless satellite equipment's provided and internet coverage is expanded.

"What the ABC does is that it gets more in depth stories and sometimes it gets stories out to the people in the way that it helps them not only to see them what's going on but at the same time for them to take action. I've seen that with the ABC especially getting messages out there with sorcery related violence which is really helpful."

Transparency International Solomon Islands' Ruth Liloqula says thousands tune in to news programmes in the remotest parts of the country because the signal is stronger than that of the country's public broadcaster SIBC.

She says the ABC asks the tough questions and that's valuable for the country's development.

"We are very very mindful of the fact that the SIBC media here is owned by the government. I mean they don't ask the questions that they need to ask for obvious reasons. I mean we do get asked those tough questions by ABC and that gives us the opportunity to talk about the issues that affect this country."

"There was a lot of harassment against local media here for telling certain stories that militants didn't want going out, even sometimes government. And freelancers like myself who were able to get the stories and file it to Radio New Zealand or to ABC, and it gets relayed back into the country. You know, the independence of the media is jeopardised  and you have ABC and Radio New Zealand to fall back on."

The South Australian senator, Nick Xenophon, says ABC's shortwave is an essential service and he's planning to introduce legislation into parliament to force the broadcaster to turn its transmitters back on.

This is Sally Round.