One is to  process timber products and other local natural resources; the other to process Chinese-sourced industrial products.

Mr Mai spoke to Johnny Blades about the project. 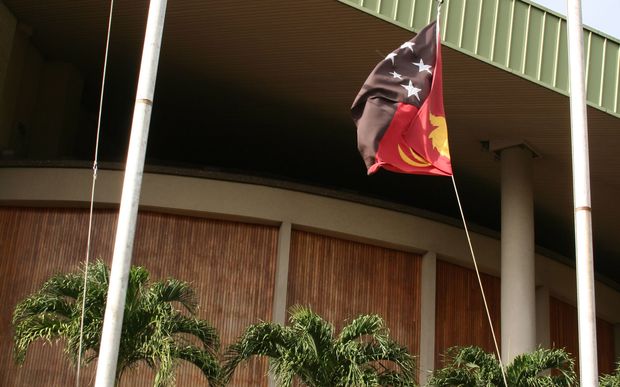 AMKAT MAI: According to the Chinese it will create approximately twenty to thirty thousand jobs. And people are happy because all their logging now, West Sepik - according to the government - produces 30% of the timber exports (of PNG) in the form of round logs. So they are very happy now because they will soon see downstream processing of timber in Vanimo, so they are very happy because they want to add value to their logs and export it so that PNG government or the provincial government can get money from the exports. Right now, all the round logs go to malaysia and from Malaysia are exported overseas (not as PNG products).

AM: You're right. our logs will be put into products that will be, you know, plywood, chairs and crafts, whatever things will be processed.

JB: What about the land that's going to be needed for this, because land is always...

AM: Where the industrial park will be will be on traditional lands. So we are currently negotiating now with the landowners.

JB: we look at the PMIZ over in Madang, and that plan had been around for a long time but has never really got off the ground. So what are the chances that this will get off the ground?

AM: You're correct. The marine park plan in Madang didn't get off the ground simply because the landowners were complaining, grumling and fighting among themselves, so the Chinese - the developer - I think they were not happy. But in this case, we have the largest land. The land is called Idam Sawi (spelling?) which is the largest forest area left in Papua new Guinea. It is 787-thousand hectares. The whole of that land is customary owned. But people here, they want a road to go through as far as Telefomin (in the far south of West Sepik). They're fed up, they're tired of being isolated, and people from that area are the most isolated. So they're happy for the project, and they're all co-operating with the government and also with the developer.

JB: This industrial park and the various plans, they come with big infrastructure, do they? You mentioned the bridges over the Sepik river, and now big roading plans. If you're to go way down to Telefomin, that's right at the other end of the province from the capital, isn't it?

AM: That's correct because Green River is the head of the Sepik River and what they're going to do is bridge it, and the forest area starts from Green River all the way to telefomin. So it's a huge, huge area.