Students in the Pacific could achieve more for themselves and their communities if their learning focused more on local knowledge and culture.

That's the view of development studies scholar Paul Beumelburg who's just completed his PhD focusing on Mangaia in the Cook Islands.

Dr Beumelburg told Sally Round he's developed a teaching model which could be used around the region. 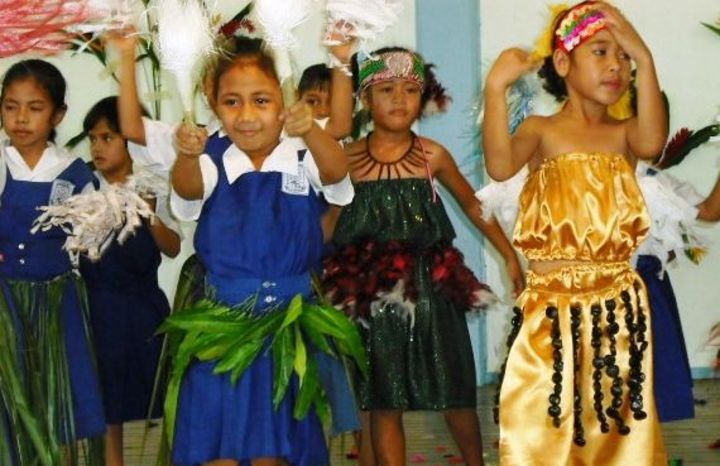 PAUL BEUMELBURG: I'm not dismissing western style education per se. For some they want their students educated with western ideas so that they can become doctors, lawyers, accountants but there's also a lot of students there they've got to look back within their culture and so therefore it's important they understand their own values, customs and that which are so valuable.

PB: Certainly the ones, Niue, Tokelau and Cook Islands do and of course I did my research in the Cook Islands. That was a conscious decision  by the Cook Islands people to have a New Zealand qualification system simply because they felt it has international credibility and there was some concerns about the ability of Cook Islands being a small country to have their own qualification system which would be internationally recognised and of course Cook Islanders are New Zealand citizens. There is a lot movement to New Zealand and having said that there's a great opportunity with the NCEA, the National Certificate of Educational Achievement which is the New Zealand system which is given to New Zealand students and Cook Island students . It's quite a flexible system. I first of all looked at what was called a strength-based implementation and what that involves is firstly looking at the standards and contextualising the standards and making them more relevant to place. If you like a place-based education. But in terms of Cook Islands of course culture forms part of a place-based, a massive part of a place-based culture so you can take some of the standards and what you can do is you can put them in the context of the islands rather than learning about New Zealand, using New Zealand textbooks and  New Zealand examples which are often used simply because they don't have the resources there themselves.

SR: Let's just turn to Mangaia where you were based. Give us an example of what was happening there that you saw in the education system?

PB: Lots of it was textbooks that were based on New Zealand examples so in science you might have New Zealand's ecosystem when the students will know their own ecosystems back on Mangaia. In terms of economics, for example,  you get all your supply and demand stuff which I guess students still need to know but there's special characteristics about an isolated island in terms of distance, transportation and the cost of transportation, economies of scale  and so by looking at those examples that can really help a student's learning because it's stuff  that they're familiar with and that their community can help them learn. One of the things that I did advocate too is ...  I'm saying that place-based education that's the first step ... but still the students are not learning in their culture. In a way they're learning ... that's a bit of an irony in some ways that by learning in English and looking back at their own culture they're effectively acting as anthropologists, looking back at an essentialised culture. What I'm saying is these students know their own language, they know the concepts. Why wouldn't you teach them in their own language about concepts that they know and then look at how they might integrate with western concepts so that they're critically thinking about what they want out of their culture and what's good about western culture. So I've developed a pedagogical model, an indigenous pedagogical model which has western ideas and knowledge as a helpful tool but the overarching focus is on what is valuable in an indigenous culture and customs and ideas.

SR: And so your modelling, you can see applying across the Pacific islands, not just to those education systems that are taking the New Zealand curriculum.

PB: Yes, definitely because what I'm talking about is just developing a thinking space which is not having just a western paradigm so it's a thinking space which, the centre of it, if you like, is an indigenous focus on in indigenous knowledge and culture, but it allows western ideas and that to come and be critically evaluated and then from there the students can then develop their own conceptions and their own community's conception of sustainable development.