Heavy rain has continued to lash Fiji causing flooding and landslides, forcing more than a thousand people to seek shelter in evacuation centres.

A tropical depression - TD04F - which had lingered to the country's west since late last week appeared to be moving away, but on Monday it changed course to give already soaked areas a second hit.

Flooding and landslides has caused extensive damage to infrastructure and crops, particularly in the northern, central and parts of the western divisions.

The director of the National Disaster Management Office, Akapusi Tuifagalele, told Jamie Tahana it is still too early to ascertain the full extent of the damage, but assessment teams have been deployed across the country. 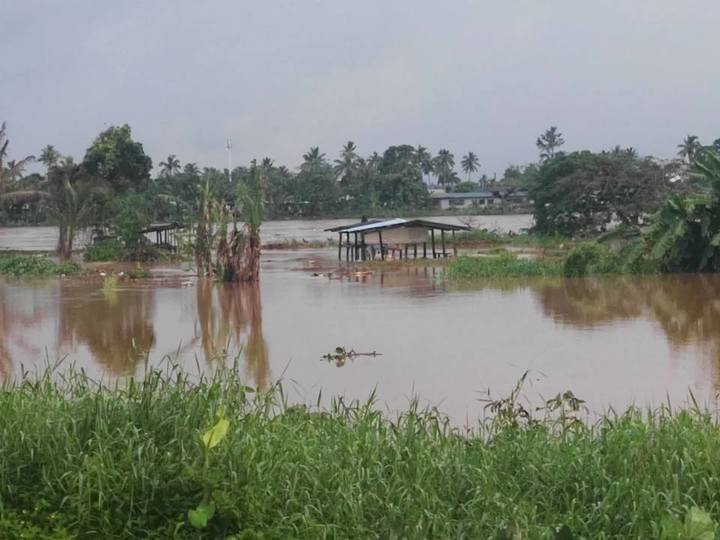 About 1000 people from Muana village in fiji's Rewa River delta say they are running out of food and supplies after six days of heavy rain. Photo: Supplied / Bale Bulimaivale

AKAPUSI TUIFAGALELE: Last evening and also last night the change in course has actually moved back on a south-southeast back to Fiji, but actually what the system is bringing is actually the rain band that has been causing a lot of heavy rain and flooding in Fiji. Especially for the western division and also the central division - those were the two divisions which were adversely affected compared to the other two with the current system that we have.

JAMIE TAHANA: So it's brought extra rain? Because I note there are new warnings for people to move to higher ground now.

AT: Ah yes, that is true. As of this morning towards midday we have given the alert and the warning to the members of the public along the Rewa river, those who are in low-lying areas and especially those in flood-prone areas if they can move to higher ground because the Rewa river keeps on increasing and that has been the status that we have as of midday today.

JT: What's the situation with regards to damage to crops, infrastructure and stuff?

AT: So far, the Ministry of Agriculture, they are moving in to areas that are affected, especially those that are safe to access, because there has been a lot of flooding including the agriculture sector here. The preliminary damage cost that we have had from them two days ago was for the Rua and the Namosi provinces in the central division was about FJ$52,000. We expect this figure to increase in the division, and likewise too for those in the other three divisions. So right now it is a work in progress for the Ministry of Agriculture trying to get their report in terms of the damage that has been done and also the preliminary estimated cost of the damage to the crops.

JT: What about people? I understand there's about 1,500 in evacuation centres across the country. Are there people who are homeless or anything like that?

AT: No the people who are actually in the evacuation centres, they have taken refuge there as a safety measure for their families during this time, and the focus or the priority for these are those that were living in tents and also those who are living in low-lying flood-prone areas, so there are the two groups that we are targeting so that we can ensure their safety to move from their homes to their nearest evacuation centre.

JT: And what resources are needed? Are there concerns about water supplies or disease or anything after this.

AT: Well that will be some of the issues that come up but it is not as bad as what we would have thought it to be. So until this has cleared up we will not be able to know our position yet. But by looking at things it seems we are not as bad as what had happened during Winston or any of the other disasters that cost us millions of dollars. So it's more of a wait and see.