Fa'afafine Week a chance to advocate for improved human rights

Samoa's prime minister has praised the work of the country's Faafafine Association, saying the so-called third gender should be treated equally.

He addressed delegates at a human rights consultation day during Samoa Fa'afafine Week from the 1st to the 10th of December. 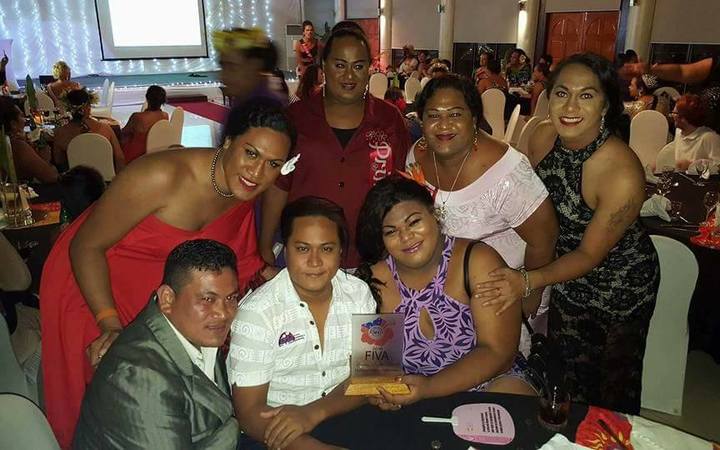 Tuilaepa Sailele Malielegaoi told the forum all people are the same in the eyes of God and that every person should be treated fairly and equally. The Fa'afafine Association's technical assistant Tim Baice says they're fortunate to have the prime minister as their patron, who embraces their identity in Samoan society.

"The common assumption is that most fa'afafine are typically addressed as transgender people but we see that as secondary to the cultural identity which is much more important."

Tim Baice says fa'afafine are heirs to village lands and titles which is underpinned by roles in the community and service to family. Gender and sexual identity are secondary to this Tim Baice says, but there's a third layer that needs addressing.

"Although we're pretty clear that the organisation represents and promotes the interests of fa'afafine and fa'afatama firstly, we've been looking quite closely, you know, what are we doing for LGBTQUI? What kind of advocacy can we do for those groups in Samoa."

The theme for the week was 'Persevere in Life and serve with Love' which fits with the advocacy role. The executive director of the Samoa Law Reform Commission Theresa Potoi says the association has had success in advocating against the law prohibiting the impersonation of females but failure in overturning the 1961 prohibition of homosexual acts. With regard to discrimination in the workplace, Ms Potoi says this isn't the exclusive domain of fa'afafine.

"We do have laws in place but it would need to be accompanied by awareness raising about these discriminatory practices and issues because women face this as well."

A lawyer and legal advisor to the Fa'afafine Association Alex Su'a says much of the discrimination faced by fa'afafine is mired in post-colonial mindsets.

"There are a lot of conversations going round about the continued need to decolonise our minds and our mindsets and our practices. There's always going to be tension the sort of traditional indigenous reference points and what we've kind of learned to adopt as our culture now basically through church teachings and the bible and through colonisation."

Fa'afafine Week is bookended by World Aids Day on the 1st of December and World Human Rights Day on the 10th and the programme includes human rights awareness and HIV prevention education in the greater community. Tim Baice says a goal for the week is to improve relationships across all sectors including church, state and NGOs.

"How we can continue that working relationship and how we can enhance it, and more importantly how these organisations can ensure that fa'afafine, fa'afatama are represented in their mandates and the work that they do."

A core challenge for the Samoa Fa'afafine Association is to secure funding for core operations. It is currently run entirely by volunteers.