Conservation and management measures for depleted tuna stocks in the Pacific have polarised the membership of the Pacific Tuna Commission.

The annual meeting of the Western and Central Pacific Fisheries Commission, which brings together resource owning coastal states and distant water fishing nations, has been going all this week in Nadi, Fiji.

Its executive director Feleti Teo says it is proving extremely difficult to reach a consensus on protecting depleted tuna stocks. 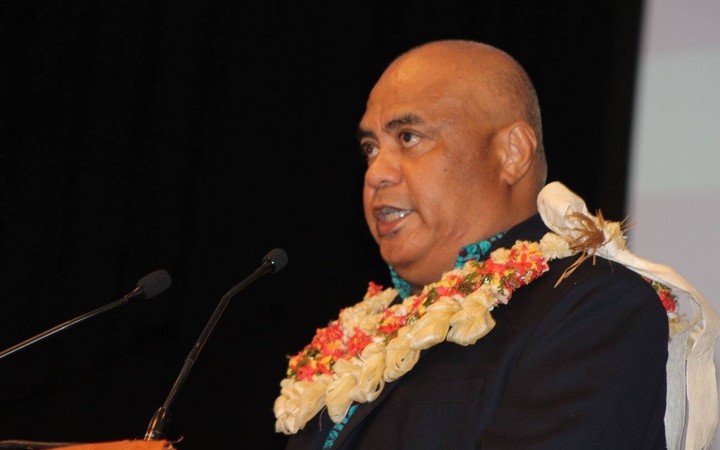 Executive director of the Western and Central Pacific Fisheries Commission Feleti Te'o at the opening of its annual meeting in Fiji, December 2016. Photo: Monica Miller

FELETI TEO: The concentration of discussions this week has been about trying to agree on rebuilding timelines for the bigeye tuna. Having management measures that allows the bigeye tuna stock to be restored to sustainable levels and the same goes with the bluefin tuna.

KOROI HAWKINS: What are the measures that have been proposed?

FT: Well the bluefin tuna issue is a little bit complex. Because it is under the management responsibility of the countries whose waters exist above 20 north latitude and these are mainly the Asian countries and that is where the bluefin tuna grounds are and they have primary responsibility to recommend management measures to the commission. The commission have the ultimate authority to decide. But they need to act on the recommendation of the Northern Committee.

KH: With bigeye what has been discussed in terms of conservation of bigeye?

FT: Well the complication about the bigeye is because it is a multi-fishery stock. It is being caught by longline and it is also being caught, being swooped up by the purse seiners. The Data is also telling us that where there are sets, purse seine set around Fish Aggregating Devices [FADs] that is where most of the juvenile bigeye are being caught. When purse seine operations are done around Fish Aggregating Devices. So one of the management measures that the Commission has agreed to is to impose the FAD free month.

KH: I understand that you have tried to extend these months as part of the increased conservation measures. But there has been some opposition from countries like Tuvalu, who, where most of the fishing in their waters is around FADs and when you ban it, it really cuts into their revenue.

FT: Yes that has been, that has been an issue. And they are also staking a claim that the FAD options are not producing the desired effect because the bigeye catch, despite the FAD closures, is still high. So there is ongoing discussions around the utility of the FAD measures.

KH: On that note what is the Commission's response to criticisms that it is not strong enough or it is weak in terms of reining in the distant water fishing nations?

KH: But there is room for improvement?