More land reforms on the horizon in Vanuatu

However, the Efate MP Joshua Kalsakau has put forward a bill to repeal the Customary Land Management Act which is a major plank of Mr Regenvanu's reforms to date.

Yet, as the minister explained to Johnny Blades, the opposition MP's bill is not guaranteed to be debated in parliament for a while. 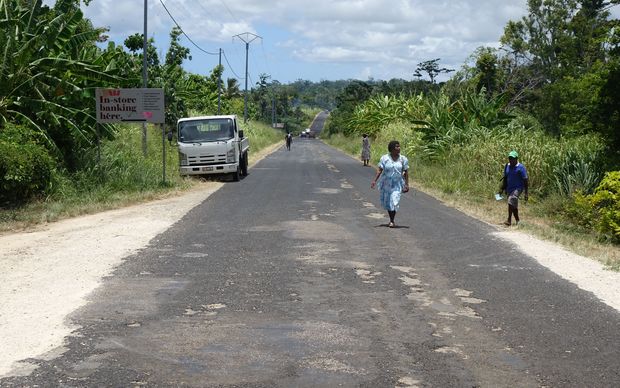 RALPH REGENVANU: In 2013 we amended the constitution to require that the national council of chiefs has to be consulted on any bill to do with land before it comes to parliament. That hasn't been done so it (Kalsakau's bill) won't be able to be debated in this forthcoming session. It will have to go before the national council of chiefs' full council, and they have to be consulted before it can come to parliament. So I imagine it will be withdrawn and will have to go through that process, which means it can only come back maybe mid next year.

JOHNNY BLADES: There was a lot of consultation, wasn't there, about that Act. Are there elements who are not satisfied with that?

RR: Yes so the Act came out of the recommendations of the national lands summit in 2006, and also the recommendations of three reviews that were done of the Customary Land Tribunals Act over a period of about twelve years, and that Act was in operation from about 2002 to 2013. There were three reviews done during those eleven years in which a team went around. Because you remember that the Customary Land Tribunals Act was actually an act that was sponsored by New Zealand, its operations were sponsored by New Zealand. New Zealand also sponsored the three reviews to find out if the Act was working, or find out what wasn't working. So the recommendations of those review were also all incorporated into the Customary Land Management Act. So it's come out of these nation-wide reviews over a period of ten years and then once we made the changes we went around the nation again, consulting, before they were tabled in parliament, and they went through the Malvatumauri (National Council of Chiefs) of course, who supported it. So I think the difficulty some people have with the Customary Land Management Act is that it puts in place a process by which customary land can be leased and urban land can be leased which has taken away the power and unilateral discretion of the Minister of Lands to do whatever he wants in terms of issuing those leases. And that has meant that a lot of people who normally
are wheelers and dealers and can use politics to get personal gain from land dealings - which has been the story of the last fifteen years in Vanuatu - have their access now blocked basically. You cant just be friend of the minister and get a lease issued now.

JB: So what other aspects of land reform, if any, are you looking to introduce or have looked at by the parliament?

RR: The next big initiative is a national subdivision policy which we have already agreed on. And the legislative changes to facilitate that are planned to be passed in the next parliament. We'll pass them after they've gone through the Malvatumauri probably in about the middle of next year. So that's basically to legalise how you do subdivisions in Vanuatu because it is the main land use and, unfortunately, we have had a lot of situations where subdivisions are created and then the developer  runs off with the money and doesn't provide any services. So we're just putting in place checks and balances to make sure that when a subdivision happens, it's done according to government standards and the amenities are provided and there's a guarantee that they're provided, and the developer can no longer just run off with the money.