There's increasing interest in how effective the use of kava is for reducing anxiety.

A range of clinical studies on kava use have been conducted through a number of Australian universities.

The lead researcher, Jerome Sarris, says the studies to date have confirmed reduced levels for people with chronic anxiety conditions.

Dr Sarris spoke to Johnny Blades about the findings and ongoing trials. 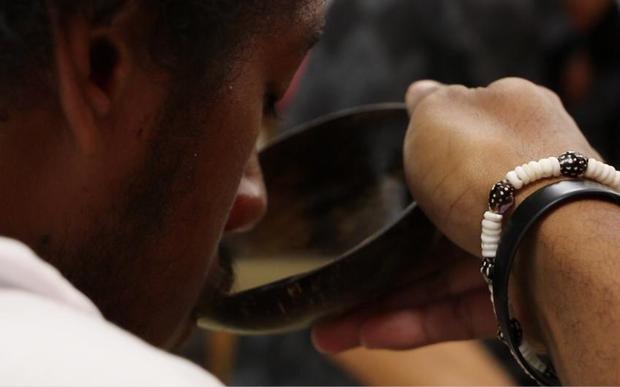 JOHNNY BLADES: And have you so far found any significant findings?

JS: Well look we certainly have. We conducted several years ago a study involving sixty people who had high-ish levels of anxiety and varying levels of depressed mood, and we gave them kava tablets, for one group one week on for the kava tablets, then it was one week off for the placebo, and then the other group had placebos for one week and then the kava for another week, and so it was a crossover study. And we found that it significantly reduced people's anxiety over that week compared to the placebo. And that was just the initial study.

JB: And so it's ongoing?

JS: Yeah. That was the first one. And then we conducted a more recent study with people who have generalised anxiety disorder. So we're talking about really chronic long standing anxiety levels that really do cause marked impairment. And what we found is giving kava for even a period of six weeks compared to placebo had a significant result in respect to also reducing their anxiety, which was very similar to the first study, but the effects were not quite as strong because this was a clinical population.

JB: It seems to me - and you might be able to put me right - that there has been a bit of misinformation over the years about kava; some people do seem to consider it as something dangerous, usually people who don't consume it. But those who do consume it, those who you meet in the islands that is, really do vouch for it as being something which is, I guess, anti-anxiety.

JS: Yes well I don't know if it's traditionally used as an anxiety treatment. The people I speak to in the Pacific Island nations, they always tell me how happy and relaxed they are. So they say what on earth is anxiety? They've never heard of it. But that being said, it does have a marked psychotropic effect. People who do imbibe kava at a dose-dependent level - so the more you have the stronger effect it has - it does have an effect on your mood; people will feel generally relaxed, their muscles will certainly feel quite relaxed; they might get an uplifting, buzzy feeling, I guess in respect to the psychological effect. But look the studies we do are more focussed on using therapeutic doses of kava, so not necessarily consuming bowls and bowls and bowls of liquid kava; using it in therapeutic, smaller doses which I guess has a more targeted effect without necessarily having some of the stronger psychotropic effects of heavier kava use.

JB: Have you noticed a risk of addiction or dependency?

JS: No we haven't. In fact in our last study we did look at this. Mind you of course it was a small sample and it's the sort of work which ideally would be done in many hundreds of people. But in our sample of, I think it was, 75 people, we found that compared to placebo the people taken kava - and they were blinded, they didn't realise what they were taking - reported that they didn't necessarily have a desire to take more of the tablets, increase their use. Nor did we find that when they stopped taking the tablets, compared to placebo, that they had higher levels of anxiety or I guess a sort of a rebound or withdrawal effect, that was not found.

JB: What about safety issues regarding liver or kidney, around the use of kava, have you looked at that?

JS: Yes, well one of the issues with kava that there's previously been concern raised about is the effects on liver toxicity, so having a negative effect on liver. We're conducting a study at the moment, it's a larger study exploring the anxiety reducing effects on people with anxiety, but we're also looking at the effects on liver. So we need to get more data in terms of the effect on liver function and in respect specifically to high quality kava, because some of the previous issues with kava which caused the ban of kava in various countries around 2002/2003 is because of these liver concerns. And the World Health Organisation recommended using water soluble extracts of kava, only the root, high quality noble cultivars, as they're called. And that's what we're researching at the moment. Hopefully the results will be available in the next year or so, and we can see whether kava is truly truly effective, as we believe it is, to reduce anxiety in people with chronic anxiety disorders, as well as being safe or not for people in regards to liver function.