Amnesty report brings Fiji torture back to the fore

The use of torture by Fiji's security forces is again in the spotlight after an Amnesty International report highlighted the lack of justice for several prominent cases.

But Fiji's government has reacted angrily to the report, saying it doesn't recognise the great strides that have been made. 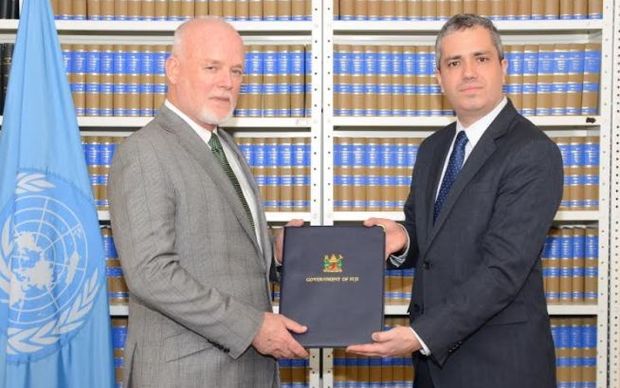 "What we're saying here is that there's much more that needs to be done. But when it does occur we also need transparency. You know, accountability for these cases unfortunately is the exception rather than the rule."

Kate Schuetze says there needs to be independent oversight of the security forces, reform of the country's legal framework and a greater effort to bring officials responsible for torture to justice. But the attorney general, Aiyaz Sayed-Khaiyum, says the report is biased, selective and does not reflect the great strides that have been made to deal with torture. In a statement, he says Fiji has ratified the United Nations convention against torture, and the prime minister and police commissioner have both said there will be zero tolerance.

"It is no secret that during more turbulent times in Fiji, we had a problem with certain individuals  taking the law into their own hands. But there has never been institutionalised torture in Fiji and the days in which these individuals behaved with impunity are over. Indeed, there has been no immunity in the Constitution or any other law in Fiji that applies to disciplined forces since 2014."

However, the 2013 constitution grants immunity for all coup-related acts carried out by security forces up until 2014 and investigations into many prominent cases of torture remain unresolved. Just last week, Ricardo Fisher, who claims he was beaten by up to five police officers while in custody, said police had not followed up with him after he filed a complaint about his treatment. The leader of the opposition Sodelpa party, Sitiveni Rabuka, himself a former military commander and coup leader, says the government should take lessons from the report rather than disparaging it.

"The comment by the attorney general is uncalled for, they should study the report. They say in the press that there is no tolerance of any activity of this sort but the people have to see it to believe it."

Sitiveni Rabuka, whose military takeover in 1987 also saw gross human rights violations, says he also supports the report's recommendation to remove the military from domestic policing matters. Kate Schuetze says the report does highlight progress that has been made in recent years, such as the ratification of the UN convention and the prime minister's acknowledgement that torture is an issue.

"We have moved a long way from a couple of years ago, Bainimarama saying 'I stand by my men,' to a few weeks ago saying, 'look there is a problem within our security forces of resorting to violence and we do need to change that.' We are providing a roadmap essentially for [the] government to try and address some of these issues if it is committed to addressing torture and ill treatment."