Tonga has sent its first ever consignment of squash to China.

Squash remains the main agricultural export from Tonga with Korea and Japan the traditional markets.

The chief executive of Tonga's Agriculture Ministry, Viliami Manu, told Don Wiseman a critical factor is being able to service those markets in late November and early December when Tonga is able to command better prices. 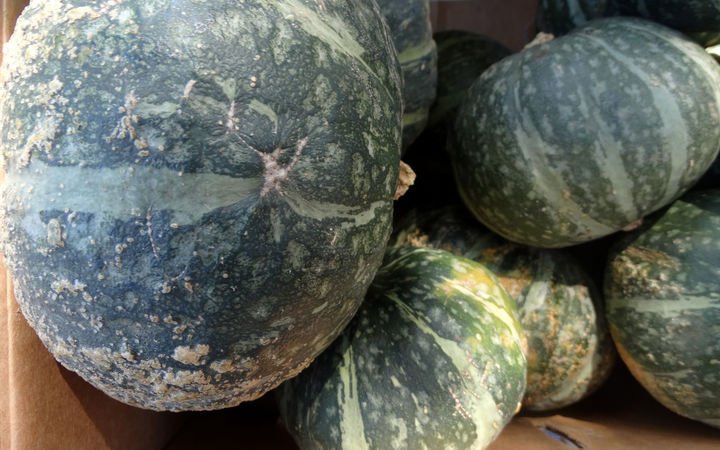 VILIAMI MANU: We have a partnership negotiating with China, to open the market for squash and we've been doing that since last year and finally this season we were planning on opening the market to 200 tonnes but the team of inspectors pre-assessing the cargo before it leaves Tonga only arrived late so only one 40 foot container was left which is about 24 tones.

DON WISEMAN: Going back a wee way, squash was a very important part of the Tongan economy but yet it fell away, why did it fall away?

VM: It was a combination of different factors sometimes it's the weather, sometimes it's the market price, if the weather is good for the Japanese season than the season will be longer because the window that Tonga is targeting is only about two weeks, the first two weeks of December and also the last week of November. If we miss that, then we either arrive the squash would coincide with the squash from Mexico.

DW: How important is the Japanese market at this stage?

VM: It's still the biggest source of foreign revenue and that's relative to the other export of fruit crops, vanilla. Vanilla for some strange reason had a hiked price last year, something happened with the biggest supplier from Madagascar and the price shot up to about $US60 a kilo for dried beans. But the last week since July this year we saw a rise in the export of frozen products, mostly cassava and yams, processed and frozen to New Zealand. We're not sure, maybe it's because the supply from Fiji has been affected from the Cyclone earlier this year. We're not sure whether we're going to hold that volume, maybe when Fiji comes back, it might drop back but for us it's still the main earner of foreign revenue for Tonga.

DW: Just how important is it in terms of what it earns for the country?

DW: This shipment to China, you anticipate getting a decent price for that?