No sign yet of a revolutionary app in Fiji

Almost a week after its glamorous launch, there's little sign of a new mobile app hailed by Fiji's government as a 'multi-billion dollar venture.'

"Instacharge" supposedly allows a user to recharge their phone's battery at the push of a button, with no need for chargers or battery packs.

But it's been dismissed by many as nothing more than a con, one which the Fiji government fell for. 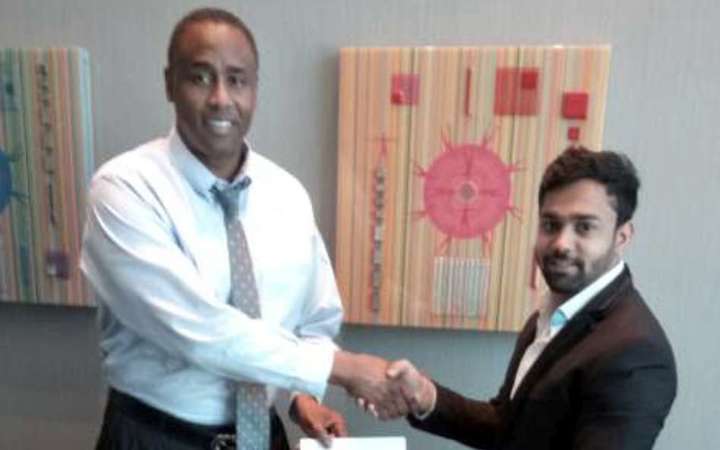 Instacharge's creator, Douglas Stewart, claims his app saves excess power after a phone is fully charged so, at the push of a button, a user can instantly recharge when the battery is low. But if it does what it claims to, Las Vegas-based Mr Stewart will have done what scientists for decades have been unable to: overcome the fundamental laws of thermodynamics. Justin Hodgkiss, an associate professor of physical chemistry at Victoria University in Wellington, has his doubts.

"Anybody who's studied science at even a High School level knows that one of the fundamental principles is that energy cannot be created or destroyed. It's just the simple, you can't just make energy with an app. This claim is just absolute nonsense. It's very worrying that people are taking it seriously."

But that didn't deter Fiji's department of information from releasing statements last week on Instacharge's behalf, describing it as a multi-billion dollar joint venture. And last week, Mr Stewart signed a partnership with local businessman Gaurangbhai Patel to base its headquarters in Suva, apparently because Fiji is a good place to gauge the app's success. The prime minister Frank Bainimarama and other dignitaries attended a glitzy launch party at a Suva hotel on Friday, where he said Fiji was determined to be at the forefront of the telecommunications revolution. Someone who was a little more sceptical was Naziah Ali, the publisher of Mai Life magazine, who was at the launch.

But nearly a week on, there's still no sign of the app being launched on either the Apple or Google markets, and Ms Ali has not encountered anyone who has tried it. She says no one at the launch, apart from Mr Bainimarama - who used Mr Stewart's phone - was able to try it either.

"There was a lot of photo opportunities [but] I didn't see anyone else try it out apart from the video of the app being demonstrated on the app developer's phone, there wasn't anything that was like first hand and let you do it, and I don't even know anybody else who did."

So, who is Douglas Stewart, an entrepreneur who has defied the laws of physics and created an app that will bring Fiji riches? As well as being the owner and chief executive of Instacharge, Mr Stewart also says he is the owner of the Las Vegas company Benzo Luxury Rent a Car. But calls to its listed phone number are instead answered by a company called OSA, and its only web presence are reviews calling the service a con. All attempts by RNZ International to contact him have been unsuccessful, and emails to Instacharge headquarters have bounced back as undeliverable. Attempts to contact the Fiji partner, Mr Patel, have also been unsuccessful. The department of information is yet to respond to requests for comment and the agency responsible for facilitating investment, Investment Fiji, says it doesn't comment on individual projects.