Occupational Safety and Health a challenge for Pacific workers

Occupational Safety and Health remains a critical challenge for workers around the Pacific region.

The International Labour Organisation says despite government efforts to reform labour laws across the region, there are still huge gaps in the implementation of law, policy and practice.

Labour inspectors from the Cook Islands, Tuvalu, Kiribati, Solomon Islands and Tonga gathered in Auckland last week to learn how to tackle OSH issues in their countries. 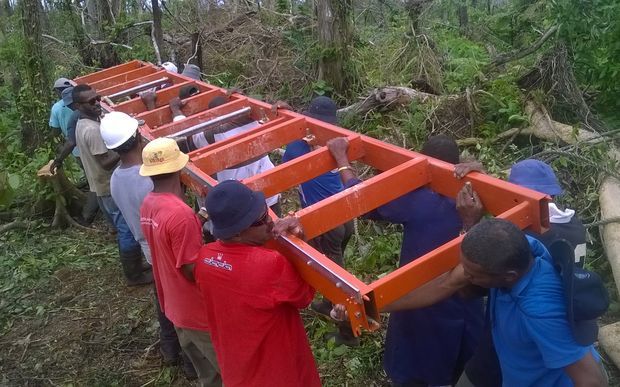 Satoshi Sasaki, a specialist from the ILO office for the Pacific says the ILO is calling for better protection for workers in the region.

"The work should be well protected. In that sense, as to how the government and together with the employers and workers' organisations to provide better protection of the workers. Or particularly, sometimes in the rural areas, informal sectors, where the workers' voice is not clearly heard, then it's about how we can take the more proactive ways to reaching out to this population. This is a big challenge."

Mr Sasaki says there needs to be more enforcement of labour policies.

"It's not enough yet and for the most important thing is that with employers and workers together, they should know about what is the occupational safety and health standards is and why is it important and how it affects their operations. Of course with the workers, it means - their own health. But also employers - it's their reputation and their productivity."

Last month the i-Kiribati government announced it was updating the country's labour laws to better apply international labour standards. Reea Aluta, a labour inspector from Kiribati, says the implementation of labour legislation remains a challenge. She also says employers who don't comply with the countries work safety policies, have not been penalised.

"Most of the companies, they are not comply with those acts that they enacted in the Kiribati's law. So yeah I think it's more precisely on how the improve or enforce those acts to the employers to provide safety work places for their workers and those basic safety gears during their works."

Moera O Rei Ki Kaikaveka Enoka is a Labour inspector from the Cook Islands. He also says there are issues with enforcement of the country's current Employment Act. But says the legislation itself also needs to be reviewed.

"We have to look at the OSH policies. We have to review it and also work on it and probably improve or make ammendments to cover a wide range of other areas that need to be covered by occupational health and hazards."

Fiji, Kiribati, Papua New Guinea, Solomon Islands and Samoa are the only countries that have ratified the eight Fundamental ILO Conventions. Satoshi Sasaki says there is still a lot of work to be done in the region.