Violence solutions from the community needed in Samoa

A Samoan filmmaker says anti-violence efforts fail Pacific people because the issue is tackled from a foreign perspective.

Galumalemana Steve Percival has produced a number of films on gender inequality in Samoa and brought his latest film on violence against women and girls to New Zealand.

He told Daniela Maoate-Cox he hopes using a proverb to title the film, Sisi le La'afa: Raise the Sennit Sail, will challenge Samoan people to rethink their ideas about gender roles. 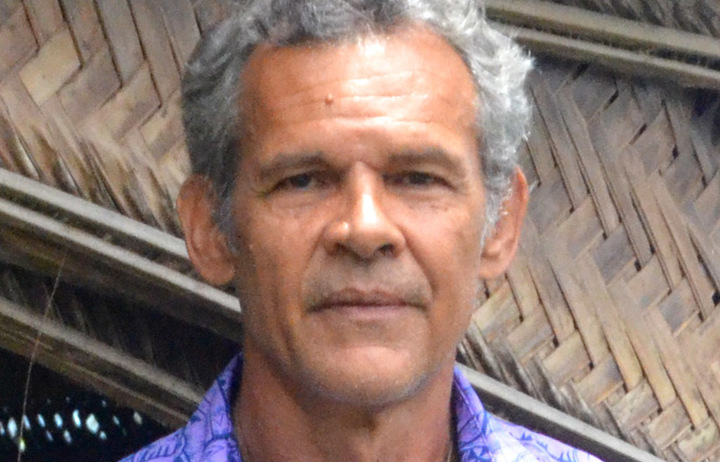 STEVE PERCIVAL:The proverb in the Samoan language goes a ili le matagi sisi le lafala, a'e a luka luka le aso sisi le laafa, The la'afa is the sennit sail which is much much stronger than the la'afala'. The la'afala  is the woven pandanus sail and the proverb essentially says if it's a calm day, if the winds are gentle, then you can use the pandanus sail. But if it's blustery, stormy conditions then fisherman and the sailors, the ocean voyagers, they knew straight away to change the pandanus sail to the sennit sail which would allow the vessel to continue to journey to voyage with out damaging the sails and I'm using it as an analogy basically about how we, in societies around the world, including Samoan society, have to find those mechanisms, those ways of journeying in to the future that will lead us to a violence free society.

DANIELA MAOATE-COX: Why use a proverb to try and help spread the message about this?

SP: One of the weaknesses as I see it, in the discourse on violence and ending violence, is that it's most often tackled from the way foreigners try to explore the issues and the subject so I, in all my film making, I always try to find something that has a very strong reference to the old culture of Samoa.

DM-C: Was it difficult for you to find people who would open up to you about their experiences?

SP: It was very easy to actually get people speaking about this issue because my Samoan society is an oral society and they very much like speaking, very confident speakers and it's an issue that a lot of people have very clear attitudes towards, especially when you're discussing something like gender relations because in Samoa the gender relations are fairly well defined in stereotypical ways and the bible is often referred to, to bolster the attitude and the view of the station of man and the station of women. It's an issue that everyone has something to say about in Samoa. Unfortunately sometimes what they say doesn't gel with international standards or views.

DM-C: Do you have a different hope for people who view it in Samoa, what they will take away from it to people who might view it elsewhere?

SP: Yes I think I do, I'm hoping that the Samoans who view this, especially in Samoa, will look at it and walk away from the film thinking that perhaps some of the methodologies that they employ when it comes to gender relations, so I'm hoping that viewers can walk away from the film in Samoa, thinking perhaps this is not the right way, that perhaps there's another way of looking at the issue. Similarly the issue of leadership in families, or the headship and oft quoted scripture of the bible, the man is the head of the women, and that is often used as an argument or justification for the actions of men in relationships and in the case of this man is the head of the women I'm hoping viewers will walk away and think twice about what that really means, how do we interpret that? Because it can't be used to justify violence and unfortunately a lot of these behaviours have now become normalised in society.