The mystery of a massive fishing net found off the coast of the Cook Islands appears to have been partially solved.

But while fisheries authorities reject suggestions it may have been used illegally in local waters there is still concern about the discovery. 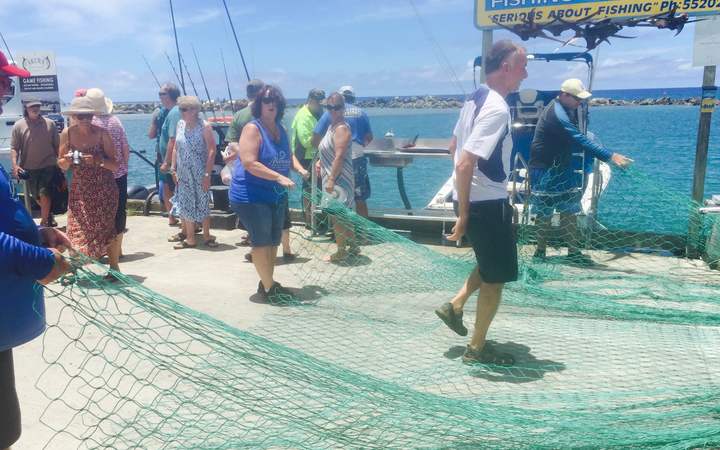 The net was found about 13 kilometres off the coast of Rarotonga by local fishing operators last weekend. Cook Islands Fishing Association President Don Beer says they don't know how it got there or where it's come from.

"It was a huge net. I guess it was about 20 metres long by about maybe 100 metres deep. It's concerning because probably the first time we've seen such a large net as this in our waters."

Local fishermen have speculated the net could suggest illegal fishing activity is happening in the area. And Don Beer says their investigations had indicated it could be part of a purse seining operation. But Ministry of Marine Resources senior fisheries officer Andrew Jones is discounting those theories.

"It appears to be a trawl net off a trawl vessel, not a purse seiner, not a long liner. It doesn't appear to be a banned illegal drift net, it's not of the right material. We believe it hasn't been deployed in our waters, it's been discarded from a boat and it's just drifted our way."

Andrew Jones says the barnacle growth on the net suggests it hasn't been used for a few months, and it could have drifted as far as two or three thousand miles west in that time. But he says it's still of concern that debris the size of a rugby field is out there.

"There is dangers to vessels if something like this got caught around a propeller. If we had some identification we'd see if we could track down the vessel because you're not meant to abandon plastics and used fishing gear into the ocean, they are meant to be retrieved and disposed of on land. Those sort of regulations are common for most countries."

Fishing Association President Don Beer agrees such nets are a threat to ships and boats at sea.

"We had a situation last year where a local trading boat heading off Palmerston snagged one of these nets, which was very similar. It disabled the boat which required it to be towed back to Rarotonga, probably about a week's voyage. But they're hazardous to the ocean."

And Kevin Passfield, the technical director of environmental NGO, Te Ipukarea Society is concerned about the danger such nets could pose to marine life in the area.

"It's a perfect place for a turtle to get tangled for example as it comes in closer to the shore and we have our Dream Turtles that swim inside our lagoon. Outside our lagoon, there are a big risk of them getting tangled up and drowning inside a net like that, and sharks and other marine life can get caught in that net and just die a pretty horrible slow death."

Kevin Passfield saw the net after it was hauled in, and says he hasn't seen a net of that size before in the Cook Islands.