A workshop in Fiji this week is aiming to improve the way police around the Pacific deal with violence against women.

The workshop, run by the Australia Federal Police and the Fiji Women's Crisis Centre, will also help them understand gender dynamics as well as laws relating to gender-based violence.

30 police are involved in what is the fourth Regional Police Training Program to be held since 2014..

The co-ordinator of the Crisis Centre, Shamima Ali, told Don Wiseman that with the high rates of violence against women in the Pacific, it is vital that officers understand its dynamics and how perpetrators operate, so they are better able to respond. 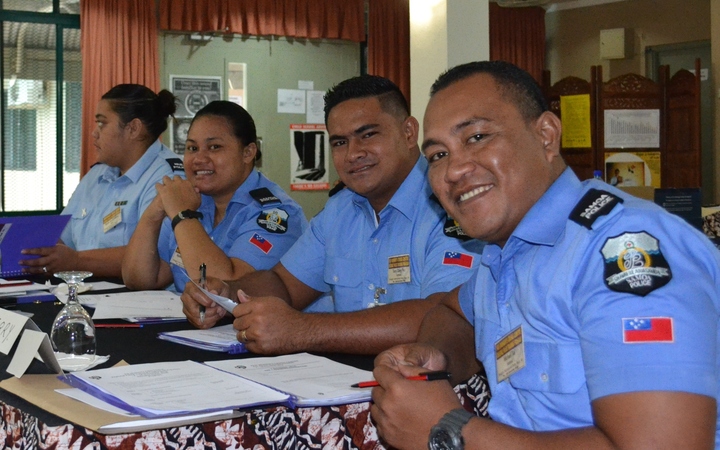 DON WISEMAN: It has been done now I think four times over the last two or three years - are police receptive to it?

SA: Yes they are quite receptive. There is a lot of interest in this area but these are some police officers that we get to. We are getting good reports from the Australians who are driving this and who are funding this, and they[the Australian Federal Police] have their networks in these countries and they are seeing results already, but it is a small number of people and when they go back to their countries, they go back into the same religious and cultural milieu that encourages bad behaviour from men, I would say, and condoning men's violence against women. So it is quite a difficult task for them also to wade through all that and stay true to what they have learned.  But they are trying and the more of these people that get trained - the more of the top officers, that's the target group we need to reach out to - the decision makers, all sorts,. So the more of this we do there is a bigger mass, a critical mass of police officers would be created.

DW: You would like to see ongoing training going on within country, and that would be done by..?

SA: Well if it can be included in the police academy curriculum, and it can be a training of trainers, so their own trainers are well equipped to do this. There are many things that can be done and these are just some of the more immediate things to be done.