Political interference has set back the reopening of the Gold Ridge gold mine in Solomon Islands by several months.

This is according to the director of the customary landowning company, Gold Ridge Community Investments Limited, which is the minority shareholder in the mine.

Walton Naezon would not give any specifics but said the political interference was to do with opinions on how the mine should be run.

Mr Naezon says a proposal to re-open the mine at the end of 2018 had already been delivered to government earlier this year. 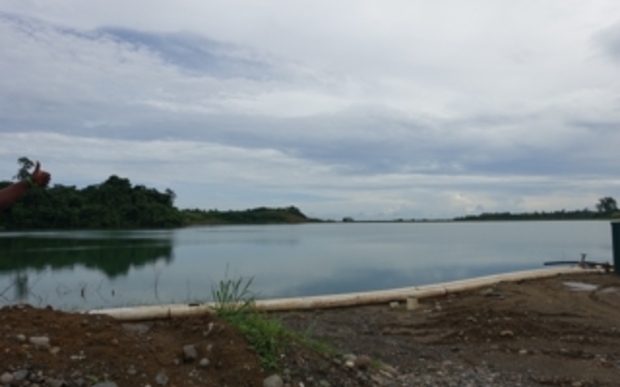 WALTON NAEZON: We actually lodged with the government earlier this year a timetable for production at the end of 2018. But there are some political issues that have arisen in the last one or two months. That has delayed that. So our new timetable afte GR Engineering Services finalise their report, we might lodge to the government and I am hopeful that the new time table will be for the first quarter or second quarter of 2019.

WN: In terms of the cost, I think it has already been identified and it looks like the figure they are looking at on those consulting companies is about a 110 Australian dollars to start the mine.

WN: That is around about... and AXF [AXF Group] actually raised already $AUD75 million of that money. And they are ready to go.

KH: And the political issues you mentioned are you able to talk about what they are specifically or not?

WN: Yeah we had ah, now they realise that they have made some mistakes and they are addressing it to cabinet. And I hope the older stake-holders and share-holders of Gold Ridge now are happy that the government is taking that initiative to sort out these short falls.

WN: Well it was some political things that political people who think that they wanted to do what they want to do and we told them that, that is the wrong approach and we actually agree to settle now and get the project going. Because the country needs a lot of money. It has a cashflow problem at the moment and Gold Ridge is actually one of the projects that will survive the country.

KH: Did they want a stake in the mine?

WN: No, no, no there is some, what I said is that there is some misunderstanding of the project structure and and so forth. So there is a lot of discussion and we had a new chief of staff that is appointed [Robson Djokovic - New Chief of Staff in the Office of the Prime Minister] which drives the project, drives these things forward. Who is trying to advise the politics and politicians and government officials as to how the structure works. So yeah his appointment actually comes late but he is really pushing not only Gold Ridge but other projects that the government is pursuing at the moment.