Nine of 10 ocean and lagoon locations tested by the Marshall Islands Environmental Protection Authority around Majuro are badly polluted.

One of the tests registered 40 times above the safe level for contamination by disease-causing bacteria associated with human and animal waste.

The chief of the EPA's Water Quality Division, Tuvuki Ketedromo, says half the samples taken from the water company's fresh water system were contaminated.

Our correspondent Giff Johnson spoke to Don Wiseman about the extent of the problem and whether remedies are in the pipeline. 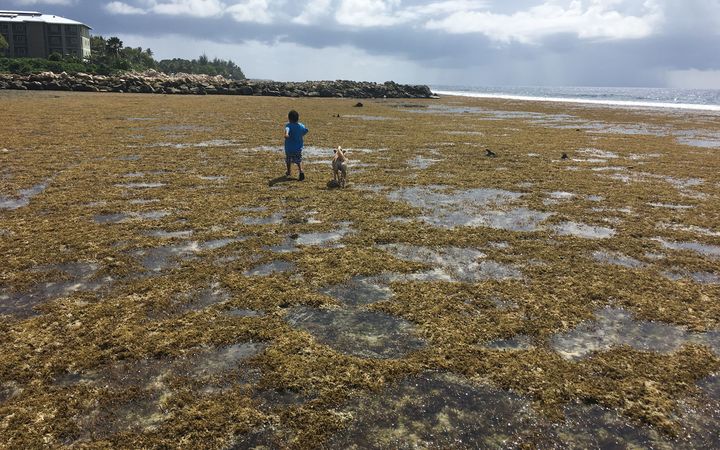 GIFF JOHNSON: What I find interesting is - I mean, I've covered this for many, many years and the Environmental Protection Authority does a great job on water quality testing and it's been doing so for many years. Its lab is US EPA approved (the United States equivalent organisation), and they've got a great programme. In the past, like when you get a series of ten or twenty sites tested, about half will come up as really polluted. So it really jumped out that this latest one showed nine out of ten sites as highly polluted. But I think there are a number of reasons for this. One is for the oceanside, it's quite obvious that we've got the sewage dumped right on to the ocean reef that then just washes down the reef of the atoll for 30 miles (48 kilometres). That's clearly an issue and it's one that they're trying to resolve, there's government funding to try and reinvent the sewage outfall now. And then you've got just an awful lot of garbage gets tossed into the lagoon by folks who live here and you've got ships in the lagoon that pollute and there are a lot of reasons why this is happening.

DON WISEMAN: In terms of doing something about the sewage, is there going to be any treatment or is it just going to be a repositioning of the pipe. What are they going to do?

GJ: That question of what to do about the raw sewage outfall is one that's being decided right now and actually the US is funding a major study that's proposing several different options for action, and then presumably one of them will be selected and funded. Now this is a problem that's been going on for over 20 years of problems with this outfall which originally was like a 200-foot pipe out on to the ocean but more recently it's broken up and it's now like a 5-foot pipe or something. It will get fixed at some point, but it's been like this for years and so it's a problem in need of an urgent solution and finally it looks like there's funding and focus to get something done on it and that's certainly one part of the problem here for ocean pollution, but the lagoon pollution is a whole other matter and that's going to require engagement with trying to find a way to get people involved and essentially stop polluting their own lagoon and to deal with ships that may be polluting the lagoon as well.

DW: How much appreciation is there of all of that from the residents?

GJ: You see people fishing and swimming in all of these spots even though there is some public awareness about it. I mean like the EPA puts out radio announcements and, generally, the newspaper will report on it when we get the information, but I think most people, unfortunately, don't pay a lot of attention to it and this is one of those things where it just causes an unknown amount of illness. I mean, who knows, right? Like, what the implications are for the Ministry of Health and the hospital, which gets cases of people with, say, diarrhoea or skin rashes.

DW: Are they common?

GJ: Well, there are a lot of what we would define as preventable health problems in the Marshall Islands and, generally speaking, most of the health problems that present for treatment at the hospital are preventable, at least in their early stages.

DW: This is a problem that exists, I guess, across much of the Pacific. But it's a critical issue in Majuro, isn't it, because of the rapidly growing population.

GJ: Atolls probably have a special challenge in this. Like Tarawa, in Kiribati, is a very crowded urban area, Majuro forty years ago had maybe 3,000 people, and today it's got close to 30,000. So all kinds of issues of waste management, access to sewage, things like this are just really key services and issues that kind of come to the forefront, but only more recently are really being addressed.