Te Vaka on the soundtrack to Moana

One of the biggest Pacific-based motion pictures in recent times, "Moana", is about to hit the big screen.

The Disney-Pixar story follows the adventures of a young Polynesian princess and navigator, the movie's namesake.

She's accompanied by the superhero-demigod Maui.

Some of contemporary Polynesia's storytellers are involved in the tale set 2000 years ago.

Dominic Godfrey spoke with Te Vaka's Opetaia and Julie Foa'i about their musical contributions which began back in 2013. 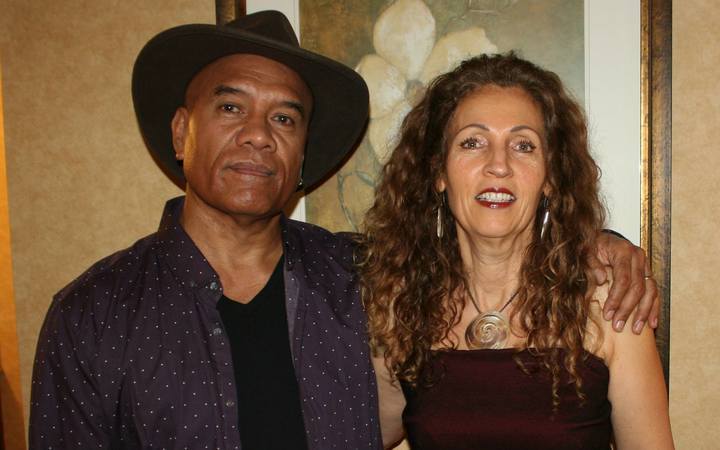 Opetaia and Julie Foa'i from Te Vaka which is playing at the Los Angeles premiere of Moana on Thursday the 10th of November. Photo: Supplied/Te Vaka

OPETAIA FOA'I: It was a bit unreal at the time. As time went on I think the reality of it all grew, especially when they flew us over there on December 2013 to meet everyone. I really had my eyes opened and I was very impressed. They toured Julie and I around animation studio and explained what they had in mind.

DOMINIC GODFREY: So what did they have in mind? What was the brief to you at that point?

DG: So you helped shape the story of Moana?

OF: Well, put it this way, I don't think I'd be keen to be involved you know, although it was a fantastic opportunity. I think people who know what I've been doing for the last 20-odd years realise I'm very passionate about this work so if it didn't align with what I was doing, even though it was Disney, I don't think I would have been involved. But I have to say that after spending three years with them, they're absolutely amazing people. They have the utmost respect for the culture of the South Pacific.

DG: You think they've learnt their lessons with Pocahontas and so on?

JULIE FOA'I: Oh absolutely. But in saying that, you're never going to please everybody but they were sincerely moved by their own experiences in the South Pacific and they wanted to reflect the beauty that they discovered for themselves. The producer, and the directors and various other people had toured around the islands for a couple of years before we were on board. They've done a lot of development and investigation and all the things that they do to make what you're going to see shortly.

DG: So who is that production team? Is this who you met with in Los Angeles that first time?

JF: This is the, you know, legendary producers of Disney, John Musker and Ron Clements. They did The Little Mermaid, they did Aladdin, they did Princess and the Frog and yeah, so that's who we're working with, they're amazing.

OF: And you've got to realise that this is a completely different culture to what they're used to. It did take them time to actually get into and understand what this culture was all about.

DG: So Opetaia you were saying you've been involved with the writing, the shaping of the story and you've talked about the fact that Te Vaka is intrinsically Pacific. You write stories of the Pacific, songs about cheque book diplomacy with Samulai, there are songs about children's lives being lost in Tuvalu in fires. There's contemporary stories there but there's also historical stories in the way you write. How free was your brief from Disney to get involved with the stories of the Pacific with the music there?

OF: Fortunately I was pretty free. They'd send me a scene and I would put in music that came naturally to me. I did not go and compromise and try and Disney-fy anything. I think there's a lot of work that I've done that was a bit dark, which is understandable, but there's also stuff I think that they've discovered that works from a Disney point of view.