The success of Pacific businesses in New Zealand has been celebrated with an awards ceremony in Auckland last week.

The Pacific Business Trust says the range and depth of nominees for its awards shows the growing strength of the sector. 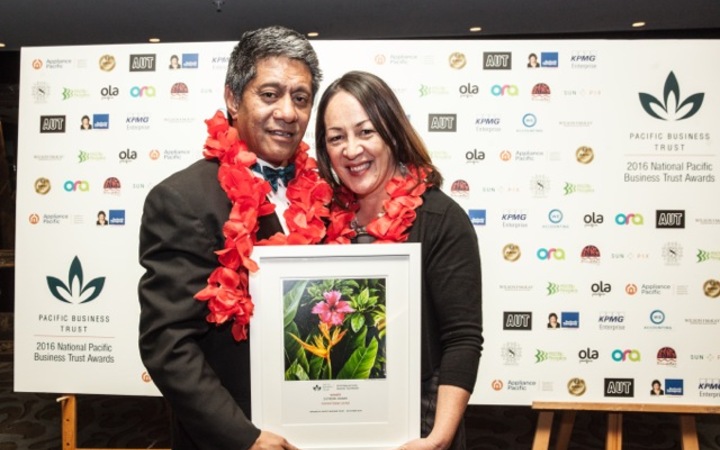 The supreme award winner was Connect Global, a contact centre business headed by Siuai Fiso, who is Samoan, and his wife Serena, who is Maori. Mr Fiso says they started the business to fulfil a vision to create opportunities for Maori and Pacific people.

"What we thought we'd do is hey look let's set up a contact centre, people can learn a lot of skills which are transferable across a lot of different industry sectors and can build their confidence, they can be more positive role models to their siblings or their children or their wider extended family or even to the community."

Connect Global now has call centres in Wellington's Porirua, Ruatoria on the east coast of the North Island, and Waverley in Taranaki. Mr Fiso says they've employed four to five hundred people over the years, and have a current staff of about 90. He says the award is a recognition of their work.

"We're very humbled and very honoured. The awards evening and what they managed to pull together, the sponsors, the breadth and depth of different Pacific Island businesses throughout New Zealand, and the evening was just amazing."

The chair of the Pacific Business Trust Fa'amatuainu Tino Pereira says the awards have returned after a six-year break because the trust believes it's critical to promote successful businesses role models such as Connect Global.

"They're an outstanding example of how Pacific people started small, out of bugger all really and developed, hard work, tenacity, that's a great example."

Mr Pereira says the awards have not been held for so long, in part because of a lack of growth in the Pacific business sector during the financial downturn. But he says with nominees from the digital, IT, construction, retail and restaurant sectors this year the sector is now strong enough to support the awards.

"It was quite evident from the awards, in the range and the growth and the thriving nature of Pacific businesses so we are very confident and when we went out for nominations about sixty or seventy businesses put up for eight awards."

One of those nominees, Pacific Innovation winner Corefusion, has developed an app, MASA, that enables people to refer themselves to social services and review their performance to ensure accountability. Corefusion director Elia Chan says the company's Pasifika directors have made huge sacrifices to get the project off the ground.

"We had to sell our own house and property because government couldn't fund it to the point that we made a commitment as directors, he sold his house and I sold whatever I needed to do to actually develop the app. So you know the struggle is real."

Elia Chan says they were stunned and surprised to win the Pacific Innovation Award, which will help give the app exposure to the community. Pacific Business Trust Chair Tino Pereira says one of the aims of the trust, which has been restructured, is to support innovation like that shown by Corefusion.