Nauru and Manus refugees could be resettled in North America

Days after New Zealand was touted as a possible destination for refugees on Nauru and Manus Island, the Australian newspaper is now saying they could be heading to America and Canada.

The paper says its government is in the final stages of negotiating the resettlement of 1800 refugees in several countries, but it seems New Zealand is not one of them. 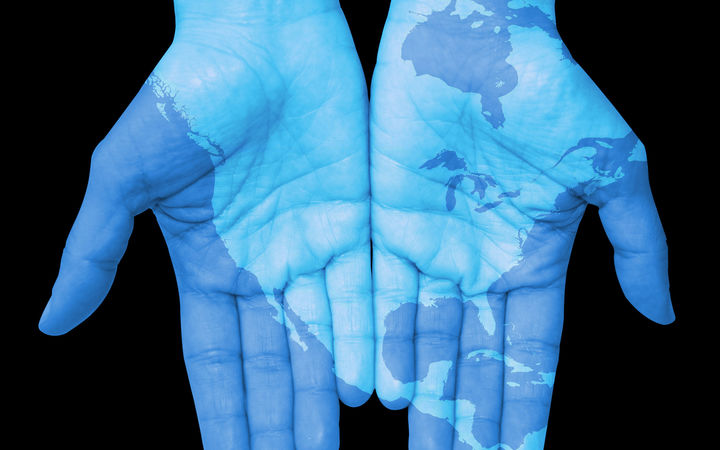 Canada could be a destination for refugees on Manus Island and Nauru. Photo: 123RF

Media in Australia are speculating North American countries will take the detainees as part a refugee swap. In September, Australia agreed to take refugees from camps in Central America, but its government denied the agreement was part of an exchange. The Iranian refugee, Mojtaba Hamadoni, says his family has no future on Nauru and he'd happily go to North America.

"What about about New Zealand? Why not New Zealand? You cannot accept us? I want to move my family to any country. Canada, Australia, New Zealand, any country, America, Europe, I don't care just I want to go. You know I want to find a future. Canada? Very nice, very nice country. I like that. But this is not our choice. The first time we come, we came out there...Christmas Island and we planned we go Australia, not Nauru."

Violent conflict with locals on Manus Island has convinced refugees they'll never be safe in Papua New Guinea. A Kurdish Iranian refugee, Behrouz Boochani, says almost all of his fellow detainees would rather settle somewhere other than Australia.

"Australian government is a fascist government and it's clear we always say let us that we go to third country and of course they are happy that go to Canada or America. But some people, their families are in Australia. Of course they want to go to Australia."

New Zealand has offered to take 150 of the detainees each year, but the Prime Minister, John Key, says he's not negotiating a resettlement. With Australia planning to ban the detainees from ever returning there, Mr Key says they'd become second class citizens in New Zealand without the right to cross the Tasman. But the Auckland university law professor, Bill Hodge says some New Zealanders are already banned from Australia.

"You would end up with a two class New Zealand citizenship ie. some that could enter Australia and some who couldn't. But on the other hand there are some people with criminal convictions, so this is another class of that sort except these people in theory have done nothing wrong."

Amnesty International's says the New Zealand government should be criticising Australia for human rights abuses in offshore detention. Amnesty's Grant Bayldon, says the silence from New Zealand has been deafening, given its willingness to point to abuses in other countries.

"It is a completely incoherent approach to then refuse to speak out on such obvious and such frankly awful human rights abuses going on right across the Tasman, on which New Zealand has said nothing. And really the question for the New Zealand government is 'does our mateship extend so far that we won't obvious abuses by the Australian government."

The Australian says Malcolm Turnbull hopes to finalise the resettlement deal by the end of the year.