Prison guards in the Cook Islands have confirmed the female victim of a deadly shooting last Thursday visited her attacker the day before the incident.

Mary Dean and her partner Roger Tauarea were killed by escaped prisoner Chris Rimamotu - the former partner of Ms Dean - who escaped a police guard while on community release.

She told Alex Perrottet that while the Justice Minister has praised the police efforts, the family have arrived from Melbourne and are angry at the lack of response. 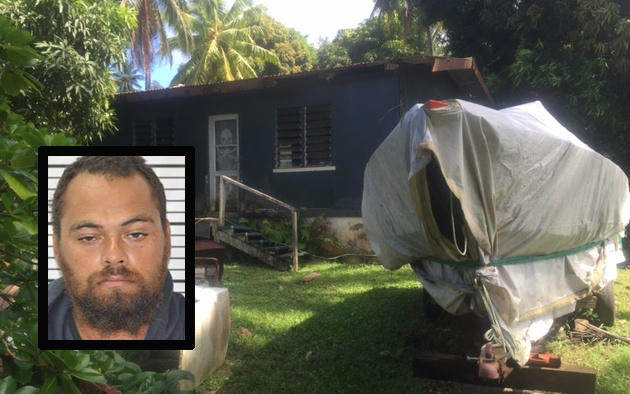 FLORENCE SYME-BUCHANAN: They're extremely frustrated that since the time of this tragedy last week they have not received any information from police, they have come here from Melbourne and they made contact on the day of the tragedy, of the double shooting, and contacted police here, asked for information, asked for confirmation that what they'd actually seen and read on Facebook was true but they couldn't get anything from police and they said they were quite distressed by all this and then they've now arrived in Rarotonga, they still haven't had any answers from police as to what actually happened to their relatives, how Mary Dean actually died, because they've been told various stories, then they've asked for her body to be released so that the family can start making arrangements for her to be returned to Tokoroa where she was born and to be buried next to her parents but police won't even tell them when the body will be released, so they're very distressed and quite angry. Police should have, by now, appointed a liaison officer for the family.

ALEX PERROTTET: And you've been covering this for local media, the Cook Islands News as well as for us, and have you been able to get any answers from the police yourself?

FS-B: No, I have not and I've given up on trying to do that. Even at the time that this event was unfolding I was told that the gunman had stolen the vehicle of one of his victims and there was a clear description of this vehicle, I rang police and said could you give me a description of this vehicle please, so I can put it on Facebook, so Radio New Zealand can broadcast it on their news service so people know what to look out for. Also can you confirm a description of his clothing that the prison warden would know but those requests just fell on deaf ears, they felt that the less said, the better it was for the public.

AP: And at the time of the incident we hear that the only warning given was a text message that reportedly came from the Prime Minister's office from some staff there. There was nothing from the police to warn people on the island to take care during the actual event as it unfolded.

FS-B: Exactly, eye witnesses say that they made the first 999 call at ten past four that the second victim had been critically injured, they did not know at that time that Mary Dean was already dead in the garden so between ten past four and the time of the text message which I received about 6:30pm police didn't actually come out and make any warning until 7:30pm and that was a very brief message on Facebook, not even saying the shootings had been fatal and then at ten to eight there was an announcement on our national television statement and that same announcement was made for the following six hours and there were no updates.