An academic specialising in West Papua says Pacific Islands peoples are taking the lead on issues of decolonisation within the region.

She says the unprecedented level of discussion about West Papuan self-determination and human rights at the recent UN General Assembly reflects a new momentum towards decolonisation in the Pacific.

Dr Webb-Gannon spoke to Johnny Blades about the growth of international solidarity for West Papua and the issue of regional representation. 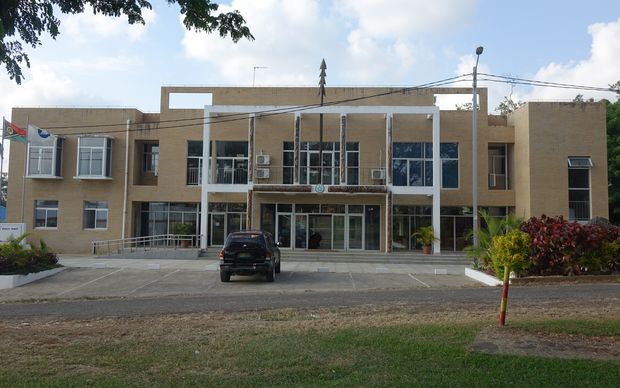 CAMMI WEBB-GANNON: As West Papuans have been able to get their stories out as I've been observing the conflict and the movement for about 10 years I'd say it's from 2010 when this has really taken off and then in 2011 I think Indonesia was picking up on the increased traction of West Papua in the international media and so I think that's when Indonesia decided it really needed to start to have more influence in Melanesian and Pacific politics and it was in 2011 that Indonesia was given observer status at the Melanesian Spearhead group and really started heavy diplomacy into Melanesia to try and counteract the solidarity and the civil society support for West Papua.

JOHNNY BLADES: Do you see any signs in Indonesia's kind of response that it will do anything other than just sort of push through its viewpoint?

DW-G: Not in the near future I don't, you heard also Indonesia's first right of reply no doubt at the United Nations about a month ago and it was quite uninformed, very typical Indonesian government response, saying that essentially there are very few if any human right's violations that have taken place in West Papua and that it would be impossible for them to go unscrutinised and that's just blatantly untrue. And then you have several Indonesian NGO's going 'that's ludicrous' and you know that's typically what the response has been. It doesn't look like it's changing but it does look like Indonesia's getting more worried therefore they're increasing their diplomatic efforts.

JB: There is this argument about regional representation for the Papuans, do you think that the Pacific support can be effective, can it overcome the geo-political forces?

DW-G: Well I think it already is, I mean the fact that for the first time West Papua's been raised at the UN by seven countries not just Melanesian countries, but from Tonga and Tuvalu and the Marshall Islands and Nauru and Palau as well, is a huge testament to the work that the United Liberation Movement for West Papua has been undertaking so a whole lot of diplomacy by the leaders of the ULMWP around the Pacific but also this taps into the Pacific renaissance which I think has been sweeping across the Pacific for the past five or six years. So I guess for the first time since around the 1970s/80s when the Pacific was starting to decolonize, it's a new spirit of decolonisation. I think it's more strident than it's ever been before and it's more powerful and these Pacific countries are making very good use of regional fora and international fora and West Papua is one of the top issues. I think that the Pacific is really taking the lead on this.