About 900 men have been detained on the Papua New Guinea island for three years where they say violence happens on a daily basis. 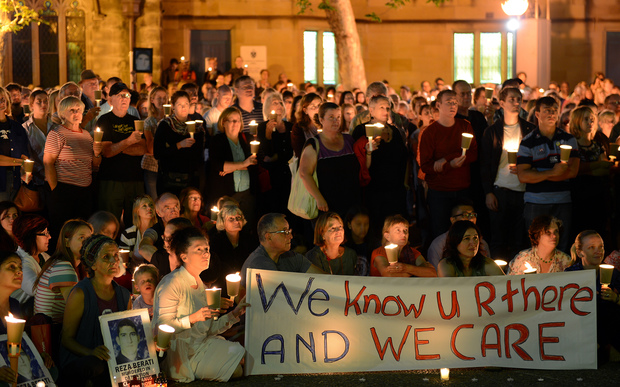 "Two Afghan Hazara refugees who had fled the Taliban where set upon by a group of seven locals in the community in the middle of the day. They were beaten with an Iron bar. One of the men suffered pretty bad head injuries. I was with a group of other refugees who saw this man collapse. One of them even said to me, this is our reality. This is what we see, this is what we deal with on a daily basis."

Daniel Webb also met the Somali refugee Masoud Ali Sheiki, who suffered a serious head injury on Saturday when he was attacked by locals wielding stones. He says Mr Ali Sheiki had been volunteering with people with disabilities.

"He knew he had no long term future in PNG, but he really tried to make a go of his time on Manus. To mix with the local community to just try and use his  time constructively. But even for him, Manus has proved to be a dangerous dead end. And I think that if someone like that, someone who tries who volunteers with a local organisation, who makes local friends, who learns the language, if someone like that isn't safe, if someone like that can't rebuild their lives on Manus then no one can."

The Kurdish Iranian journalist and Manus Island detainee, Behrouz Boochani says the people of Manus Island are also victims of Australia's offshore detention. He says the fear of job losses and the of clash of cultures is motivating the attacks.

"They are scared from us that we take their jobs. There is not any jobs there but they scared from us because we are 900 men and this island has a small community and the people are scared of cultural problems because their community is based on tribal system. I'm sure that if they settle us by force in PNG it will be a big tragedy for us and local people. I think that the local people are victims."

The MP for Manus Island Ronny Knight says the violence is not unprovoked.

"The problem we have now is that we have people walking around Manus, pushing themselves into areas where they are not welcome. They don't know the customs, they step over food which is a no-no. They approach school girls and they've been going around with school girls. Three women have had kids now. In our society if a young guy gets a girl pregnant obviously her brother is gonna give him a bashing. I think it's the same in New Zealand, it's the same in everywhere else. The issue now is that the people have come to a stage where they are starting to say enough is enough and they are starting to retaliate."

Ronny Knight says the United Nations needs to step in and move the refugees to countries with the capacity to take them in.